NHL News : Jack Eichel does not have permission to speak with other teams 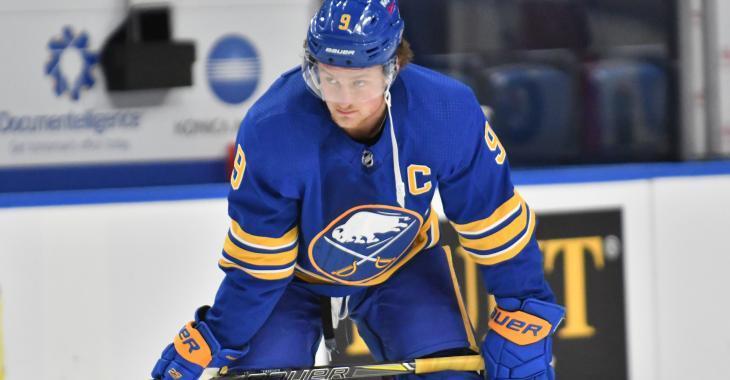 The sense is that the Buffalo Sabres are looking to move captain Jack Eichel this offseason, or so it was earlier this month when more and more rumours surface that a trade could be in the works. Many insiders, including Sportsnet’s Elliotte Friedman and TSN’s Darren Dreger reported that general manager Kevyn Adams was informing rival teams of the right price to get Eichel and we all know how the forward himself feels about the situation.

At the end of the Sabres’ season earlier this month, Eichel met with media and appeared to hint more than once at a much-needed change of scenery for the future.

The team is reportedly hesitant to pull the trigger on the surgery, while Eichel and his doctor are pushing to get the surgery done this offseason.
Back in May, Friedman reported that  Adams had confirmed that the Sabres are still not comfortable with Eichel’s process. He even added: “Whatever Eichel decides to do it’s going to be in conjunction with the next team that acquires him.”

Rumours therefore emerged that the Sabres had allowed Eichel to speak with other teams, however, Friedman denied it in his 31 Thoughts column, even adding that both camps were still discussing options on his recovery.

“I did ask around to see if the Sabres gave anyone permission to talk to Jack Eichel, but don’t believe that’s the case. Everyone’s gone into the cone of silence. From what I can tell, the team and its captain are negotiating the next steps of his recovery.”

Have the Sabres changed their minds on the desire to trade Eichel or do they prefer to remain in control for what would be a blockbuster trade?

Let’s see where this goes!