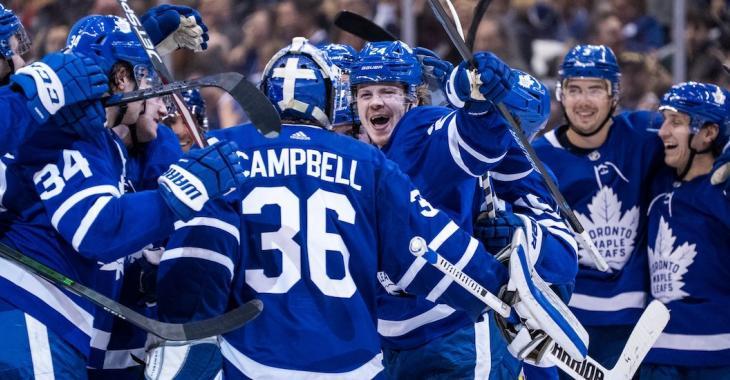 The Maple Leafs have had their fair struggles in net this season but it seems that they have found an answer in the form of 30 year old netminder Jack Campbell. Campbell has stepped in for them at a time when they desperately needed a stabilizing presence in goal and has been nothing short of outstanding with a 1.35 goals against average and a .951 save percentage to go along with his perfect 8 - 0 record through 8 starts with the Leafs. It is for this reason that there was some pretty serious concerns this morning when Campbell was missing at practice.

Although the Leafs have not officially announced that Campbell is currently battling an injury there have been some signs that the career backup is playing at less than 100%, which is quite the statement when you consider his numbers this season. Although the Maple Leafs still have not confirmed any type of ailment that Campbell is dealing with, on Saturday Leafs head coach Sheldon Keefe revealed that the decision to keep Campbell off the ice today had been one made by the team.

Keefe told reports that Campbell had been given a maintenance day on Saturday and also revealed that the Leafs would be attempting to give him some extra time off over the weekend. Starting in his place on Sunday, when the Leafs will take on the Calgary Flames, will be backup goaltender Michael Hutchinson. Although I am speculating here, I suspect that the Leafs are trying to give Campbell as much time as possible here to work out whatever relatively minor ailment he is dealing with.

Keefe insisted that Campbell is still doing fine and the plan appears to be to start him on Monday night when they will again face off against the Calgary Flames in the second game of a back to back.

Sheldon Keefe also informed reporters that defenseman Justin Holl had also been given a maintenance day on Saturday which would also explain his own absence from practice today. As you would expect given just how important Campbell has proven to be for this team, there was significantly less of a stink made about Holl's absence at practice.