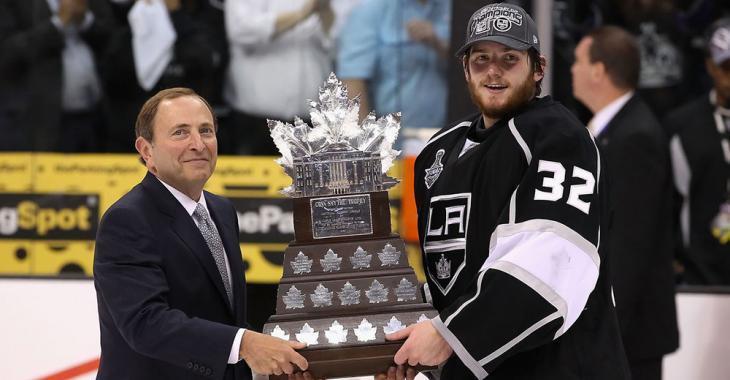 Last week, we reported that Los Angeles Kings goaltender Jonathan Quick was turning back the clock with his new pad setup for this season that will have fans thinking of the good old days.

And now, it's officially official - he will be going retro this year. Quick will be wearing pads that have specially been designed with the retro design produced by Vaughn Custom Sports, specifically the V4 Velocity design:

Quick earned the Conn Smythe Trophy as the NHL's most valuable player during the 2012 Stanley Cup Playoffs, backstopping the Kings to their first ever Stanley Cup championship while posting a sparkling 1.41 goals against average and .946 save percentage.

Flashback: J-S Giguere used a stunning method to battle dehydration during the 2003 Stanley Cup Playoffs
Subscibe to
Our NEWSLETTER
Receive the best articles of the web directly in your email