This building is ROCKING! 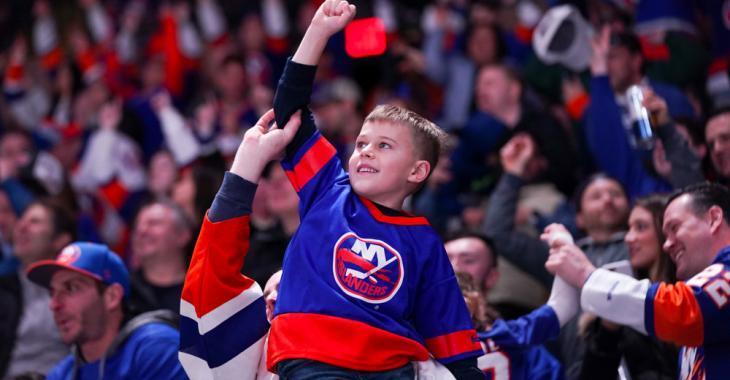 We're through one period of play in Game 6 between the New York Islanders and the Boston Bruins and these two teams have served up an absolute BARN BURNER of a game once again. The score is tied, the play is balanced and both teams have no problem throwing the body this evening.

This is, of course, in reaction to Cassidy's comments from Monday night. Following his team's Game 5 loss, Cassidy went on a bit of a rant about how the Islanders get away with infractions and never seem to get into trouble with the officials. Cassidy called the Islanders the "New York Saints" as a bit of a jab about how they can seemingly do no wrong in the eyes of NHL referees. For what it's worth though, penalty calls have been fairly even throughout this entire series. In any case, Isles fans have taken up the Saints nickname and are running with it and frankly, I think it's hilarious. I mean... just watch this group of fans playing "When the Saints Come Marching In" while tailgating outside of Nassau Coliseum prior to puck drop earlier tonight.

It's also worth pointing out that Cassidy earned himself a $25,000 fine for his comments on Monday night. I'm guessing win or lose this evening he won't have much to say about the officiating.

I've got to say though, as someone with no dog in this fight I hope to God that the Bruins take this series to Game 7. Every game has had an absolutely electric energy to it regardless of whether it's in Boston or Long Island. Plus, there are fewer things better than a do or die, winner take all Game 7 on a Friday night. Sign me up for that, please!