NHL News : Islanders must make another move before 5pm today.

The Islanders have backed themselves into a corner. 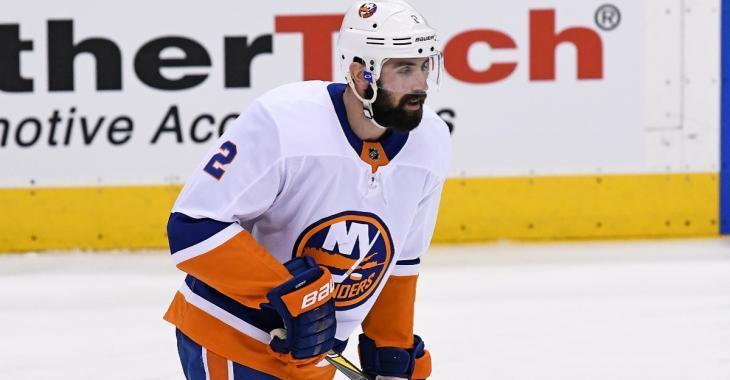 Just one day before all teams in the National Hockey League must submit their lists of protected players for the upcoming Seattle Kraken expansion draft, the New York Islanders have backed themselves into a corner when they pulled off a trade that was designed to save cap space for the upcoming offseason.

The deal, which sent veteran Islanders defenseman Nick Leddy to the Detroit Red Wings in exchange for veteran forward Richard Panik (50% salary retained by the Red Wings) and a second round draft selection, has left the Islanders without an eligible defenseman to protect in the aforementioned expansion draft. Now that may not sound like a big deal to fans in Long Island who don't want to see their team losing a player to the Kraken anyways, but as per the National Hockey League's rules surrounding the draft the Islanders must have at least 1 eligible defenseman to expose in the draft on their roster.

Some have been quick to point out that Islanders defenseman Johnny Boychuk, who will never again play in the NHL, could be exposed but that won't work for the Islanders because of the following stipulation on the rule:

"Players with potential career-ending injuries who have missed more than the previous 60 consecutive games would be exempt from selection."

An eligible player must have played either 27 NHL games the previous season or a combined 54 NHL games over the previous two seasons, and with free agency still not officially underway that leaves the Islanders effectively with only 3 options. The most obvious one would be to simply trade for an eligible defenseman, but the cost associated with making such a move means that it isn't very likely to be worth the while of general manager Lou Lamoriello to make such a move.

Much simpler solutions to the problem would be resigning a veteran from the Islanders roster the past two seasons, notably in this case both Braydon Coburn and Andy Greene. This isn't a perfect scenario either however as it has now given both these veterans tremendous leverage in their negotiations with the Islanders, given that both the players and their agents will be well aware of what has been laid out here for you today.

No one knows where the Islanders will go on this one, but the one thing that is certain is that another move is coming.

Mitch Marner is trending for the wrong reasons…