Reavo gets a proper introduction to the legendary Rangers/Islanders rivalry! 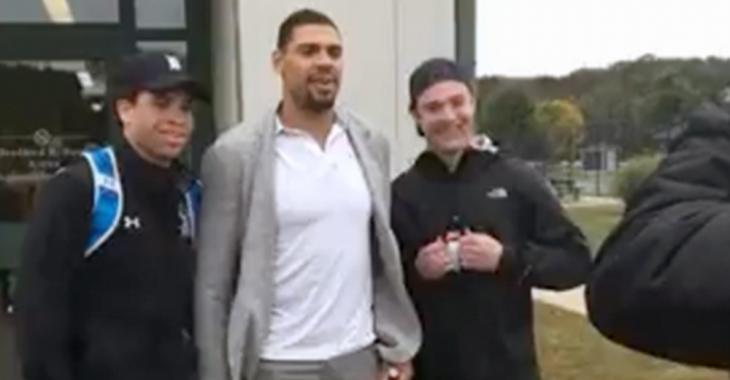 Recently acquired New York Rangers forward Ryan Reaves just got a proper introduction to the Rangers vs Islanders rivalry, courtesy of a New York Islanders fan who pulled off a pretty epic prank in a viral video on Twitter.

To set the scene first though, let me remind you that Reaves was acquired by the Rangers from the Vegas Golden Knights this past offseason in exchange for a 3rd round draft pick. The 34 year old enforcer is entering the final year of a two year contract worth $1.75 million per season and was signed to an extension almost immediately. He's now signed for $1.75 per season through the 2022-23 season. And let's not forget why Reaves was brought in to New York. Two words: Tom Wilson.

Rangers fan will certainly recall the ways in which Wilson tortured them last season. And well... Reaves himself once said, "I am the solution to your Tom Wilson problem." It seems that the Rangers have taken him up on that and are seeking a solution in their meetings with the Washington Capitals this season. And personally... I am 100% here for it. As the 2018 Stanley Cup Final showed us, there's nothing quite like a Reavo vs Wilson rivalry.

But, let's get back to that legendary Rangers vs Islanders rivalry. It's a rivalry even more steeped in history and it's one that has been heating up a lot more the past few seasons. It's no secret that the Rangers fanbase and the Islanders fanbase has a real disdain for each other, even if the two teams haven't always matched their fans' level of intensity. Fan chants at Madison Square Garden or the Nassau Coliseum (RIP) are legitimately hilarious and each season we're treated to several viral moments of Rangers/Isles fans dunking on each other.

But this video from Islanders fan Thomas Fagan takes things to a whole new level. The fans pose with Reaves for a photo, but before the photographer can snap the pic one of the fans unzips his jacket to reveal an Islanders jersey underneath. The result is a smiling photo of Reavo hanging out with an Islanders fans.