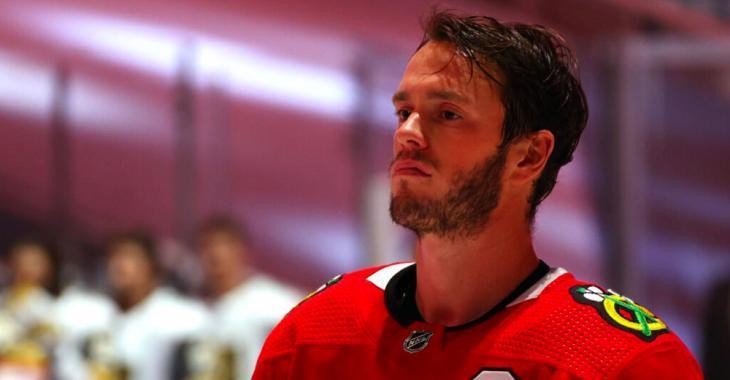 It's been almost half a year since Chicago Blackhawks captain Jonathan Toews announced he would miss the entire shortened 2020-21 season and fans and media analysts still have no clue what sort of mystery illness has sidelined the veteran forward.

Toews announced Dec. 29, 2020 that he was experiencing some sort of illness that left him “feeling drained and lethargic." Since that announcement though there has been no real update on Toews' health and he hasn't made any sort of public appearance either. Yesterday though, TSN hockey insider Darren Dreger provided an update on Toews' health and... well let's just say it's complicated.

“The good news is that his health is getting better. As long as he stays headed in the right direction He should be healthy & ready to return to the Blackhawks next season. It has been a very challenging year for the captain of the Blackhawks.”

While that might sound positive... I'm not so sure.

The fact of the matter is that until we hear from Toews or the Blackhawks themselves, I'm not sure we can count on him back anytime soon. Toews himself said there was no timetable for his return last December and until he says otherwise, I'm not comfortable saying he'll be back in time for next season. After all, training camp for the 2021-22 season is just five months away. At this point you have to be seriously asking yourself if this is it for Toews' NHL career.