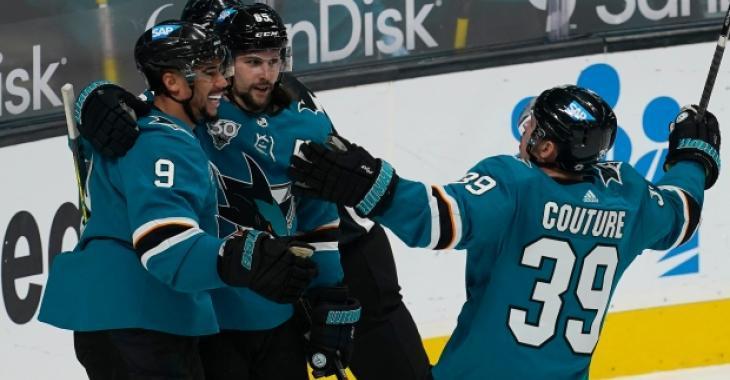 In a situation like the one involving Evander Kane, it’s hard to look at the positive. However, one development might bring good news to the San Jose Sharks though they could love Kane’s production.

As you know, Kane was not listed on the San Jose Sharks’ season-opening roster on Monday. Instead, the Sharks said in their team release that “Kane is considered a non-roster player pending completion of the NHL’s investigation.”

Earlier this offseason Anna Kane, Evander’s estranged wife, made a series of social media posts alleging that Evander is essentially an unfit parent, a deadbeat husband and an addicted gambler. Anna alleges that Evander made illegal bets on NHL games, including betting on his own team’s game.

Earlier this month, the NHL released an initial report after concluding their investigation into gambling allegations essentially turned up nothing. In a press release announcement the NHL said it “found no evidence to support allegations of illegal gambling.”At the same time, the NHL announced that it was launching a new investigation into some disturbing sexual assault allegations levied against Kane, as well. And if that wasn’t enough the NHL announced a week later that yet /another/ investigation into Kane was underway concerning COVID-19 protocols. The rumor around San Jose is that Kane had submitted a fake COVID-19 vaccination card and in fact had not been vaccinated.

Needless to say, that Kane has found himself at the center of a lot of controversy this offseason and to date the Sharks as an organization have not yet distanced themselves from him.

On Tuesday, Sportsnet’s Elliotte Friedman repeated the information from Nick Kypreos, who stated that the NHL is leaning towards suspending him and not terminating his contract with the Sharks, hinting at the fact that Kane could resume his career once he serves his suspension.

In the meantime however, the Sharks will benefit from this good news: Kane’s $7M cap hit currently does not count against the Sharks’ cap space, which means the team currently has $8M in cap space with a roster size of 22 (13F - 7D - 2G), per Cap Friendly.

The Fourth Period’s David Pagnotta investigated some more and one NHL source told him:

“Evander Kane is deemed a “non-roster” player. The NHL’s investigation is ongoing; I’m told his “status will be determined at a later time.” He’s not currently suspended, but his cap hit doesn’t count against SJ’s cap.”

Kane is entering the fourth year of a seven-year, $49 million contract with the Sharks signed in 2018. He scored 22 goals and posted 49 points in 59 games last season.

If his pending suspension is long enough to give the Sharks some room on the cap space, the team could make a significant move to boost the team’s production and finally get them to contend like they once did back in 2017, when they lost the Stanley Cup final to the Pittsburgh Penguins.

The 7 non-playoff teams won't get what the NHL promised them this summer...
Subscibe to
Our NEWSLETTER
Receive the best articles of the web directly in your email