A tough break for the Bruins. 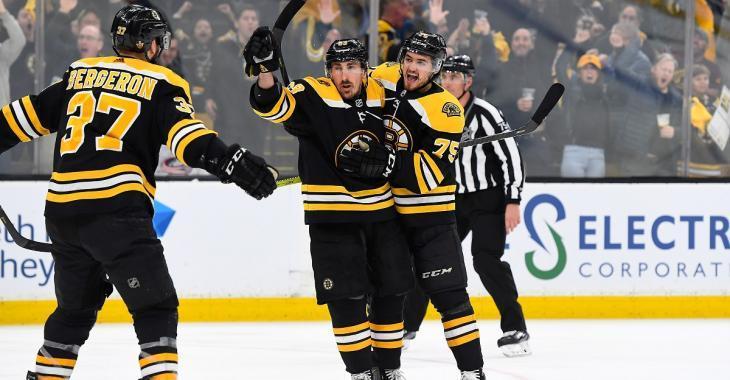 The Boston Bruins have been dealing with injuries on their blue line for what feels like the entire season and unfortunately that trend has now carried into the Stanley Cup Playoffs.

On Monday head coach Bruce Cassidy confirmed that rookie defenseman Jeremy Lauzon will be unable to go in Game 2 of their first round series against the Washington Capitals due to injury. Fans that tuned in for Game 1 of the series may be surprised to learn that Lauzon was injured given that he played nearly 20 minutes in that game in spite of the injury, however it would now appear that he was merely pushing through the pain.

Lauzon was struck by a puck during the third period of that game and although he would exit the game following the incident, he did eventually return. The shot, which was fired off by Washington Capitals defenseman Justin Schultz, struck Lauzon in the hand and now appears to have caused enough damage to keep him out for at least a game. Lauzon also missed practice on Sunday following Game 1 on Saturday against the Capitals, but there's been no word yet on when he may return to the lineup.

Thankfully for the Bruins they've had plenty of experience dealing with injuries on their blue line as a result of their bad luck this season, so if you're looking for a silver lining it is that the Bruins will no doubt be well prepared for this scenario. Stepping in for Lauzon in Game 2 will be defenseman Connor Clifton, once again as per head coach Bruce Cassidy, who has had plenty of experience on the blue line this season.

Clifton has appeared in 41 games for the Bruins this season, only 3 fewer than Lauzon himself, and over that stretch of play he picked up 1 goal and 7 assists for a combined 8 points and finished the regular season with a plus minus rating of +8.

There's been no official word yet on who Clifton will be paired with in Game 2, although the speculation right now appears to be that it will be defenseman Kevan Miller who will serve as his partner.

Phil Kessel lands back on trade block before 2021-22 kicks off!

Nick Robertson's injury could cost the Leafs another player.
Subscibe to
Our NEWSLETTER
Receive the best articles of the web directly in your email