The young man who was injured in the terrible bus accident is taking the next steps - literally - towards recovery. 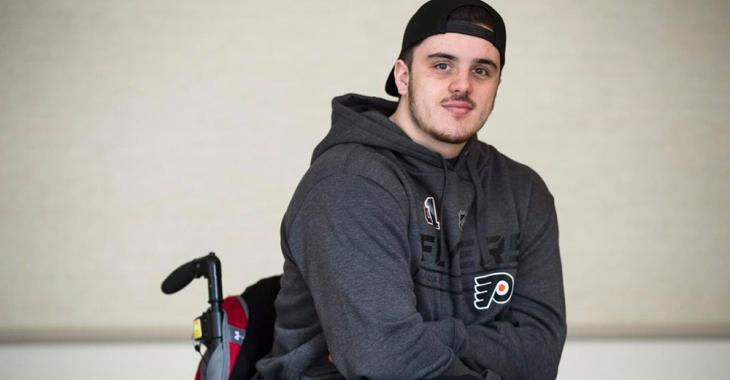 Tragedy struck the entire hockey community in April of 2018, when sixteen people lost their lives and another thirteen injured when a northbound coach bus struck a westbound semi-trailer truck near Armley, Saskatchewan, Canada.

The majority of those who perished and were injured were members of the Humboldt Broncos, a junior team from Humboldt, Saskatchewan, which plays in the Saskatchewan Junior Hockey League.

One of the injured players, a young man by the name of Ryan Straschnitzki, was paralyzed from the chest down. He recently underwent an operation in Thailand in which doctors implanted an epidural stimulator into his spine.

This past June, he was able to stand on his own with the use of a walker, but he had his goals set higher.

“Ever since I stood up with the walker, (walking) was in the works,” he said.

Earlier today, he posted a video to his Twitter account that depicts him walking a few steps with the aid of the walker:

“All of a sudden today, we sort of found a method that’s very, very early," he explained. "So we have a lot to work on. We just came about it today and decided to go for it.”

He plans to play sledge hockey again this winter, and could even be taking part in some events with the NHL's Calgary Flames. Of course, Straschnitzki is excited for this latest development, and he's going to continue to take the next steps - literally - towards his recovery.

“It reminds me that I’ve got a long way to go and it’s not going to be easy, but it’s a good step in the right direction," he said.

We're all rooting for you, Ryan!