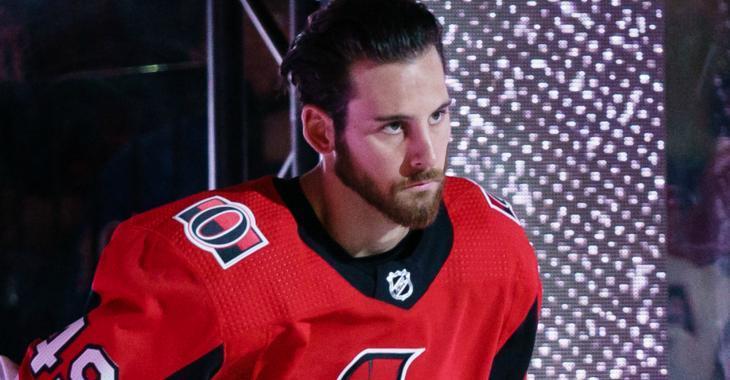 The Toronto Maple Leafs were the only team active on the waiver wire on Sunday and although the move is a relatively minor one, the timing of it is a little bit curious.

First, according to a report from National Hockey League insider Renaud Lavoie of TVA Sports, Maple Leafs forward Scott Sabourin has been placed on waivers today. Sabourin has yet to play a single game for the Leafs this season and is honestly probably best known to fans in Toronto for an incident involving Leafs star Auston Matthews, this back when Sabourin was playing for the Ottawa Senators.

Matthews and Sabourin had gotten into it on the ice and, in a rather hilarious move, Matthews had pretended not to know who the Senators winger was at the time.

Sabourin has been out of action for some time now, having last played during the 2019 - 2020 regular season as a member of the aforementioned Senators. In that season he limited to just  35 games after suffering a scary injury, but still managed to record 2 goals and 6 assists for a combined 8 points.

I say the timing of this move is somewhat curious because it comes off the back of a report suggesting that Leafs veteran forward Wayne Simmonds will be out of the lineup for some time.

Update: NHL insider Chris Johnston has just shared some additional details that do clear up the rationale behind this move today. Although Sabourin had been signed to the Leafs organization, prior to today that deal was an American Hockey League only contract. The Leafs signed Sabourin to a two-way deal following the Simmonds injury, thus they were forced to submit him to waivers today as a result of that signing.

Johnston has also shared details regarding the financial terms of the deal, and they will see Sabourin earning the league minimum of $700,000 at the NHL level and $250,000 at the AHL level. That makes this a very affordable addition to the Leafs roster, and as Johnston points out this will help add a little sandpaper to the Leafs roster, something that makes perfect sense when you consider the role that Simmonds was playing on the team prior to his injury.