The Dominator sends his regards. 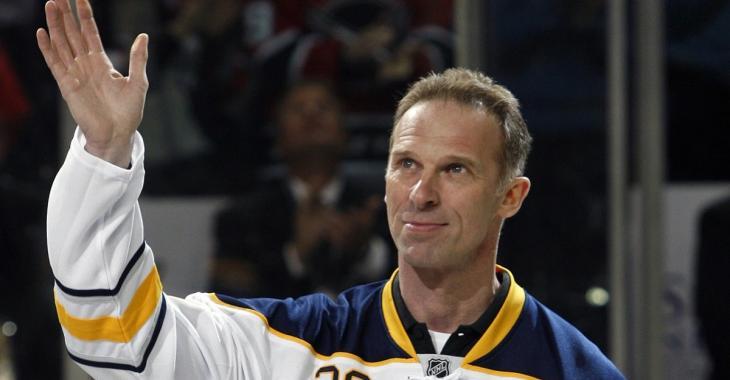 If you're an old school hockey fan and you weren't paying close attention to the National Hockey League last week you may have missed one of the most special moments we've seen in a little while, one that featured the legendary Dominik Hasek.

Earlier in the week Chicago Blackhawks superstar Patrick Kane appeared in his 1000th career game in the NHL, an incredible milestone, and one of the people that took the time to commemorate his achievement was The Dominator himself. Hasek appeared in a video to honor Kane for his incredible milestone, but it was the message more than the appearance that has stuck with the fans who saw it.

Although Kane and Hasek were never teammates in the NHL, it turns out the two men share a very special connection that predates Kane's time in the league by a decade. Hasek revealed that once upon a time he had rented a car from Kane's father, and that not only had his father given him a pretty good deal, but he also went on to let Hasek know that his son would one day be a good NHL player.

To his credit Hasek corrected Kane's dad, saying that he was wrong about his prediction, because Kane's career accomplishments have since elevated to him to a level that far exceeds the word good. Kane has had nothing short of a great career and there is little doubt that he ranks among the very best American hockey players in the history of the sport, a surefire lock for the Hockey Hall of Fame.

Hasek was not done there however as he also had one more story to share with Kane, a special moment that the two men shared on the ice. Patrick Kane's first ever shootout attempt in the NHL came against the Detroit Red Wings and the man who happened to be between the pipes on that night was none other than Hasek himself. Kane won that showdown between the two men, but according to Hasek he was simply being nice in an attempt to give the young Patrick Kane some confidence, especially his dad had given him such a great deal on the rental car.

It was a marvelous message from Hasek, one that you can watch right here:

And here is Kane himself describing that memorable moment against Hasek in the shootout.