The controversial former NHLer makes headlines for all the wrong reasons. 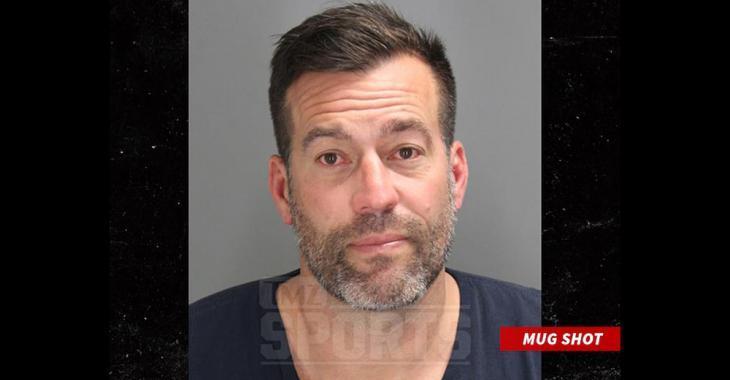 Former NHL star Todd Bertuzzi was arrested this past weekend under suspicion of driving under the influence just outside of Oakland, California.

The 46-year-old was pulled over just after midnight Saturday morning in Auburn Hills after motorists called 911 to report a car swerving all over the road. Cops responded to the area and claim they saw Bertuzzi's car blow through a red light, so they stopped his vehicle immediately. During the stop, officers believed he was under the influence of alcohol -- though Bertuzzi refused a breathalyzer test. We're told he DID perform other field sobriety tests and showed obvious signs of impairment, according to our law enforcement sources. The responding officers ultimately arrested the former Vancouver Canucks star and booked him at Oakland County Jail on suspicion of DUI.

Bertuzzi, of course, is no stranger to controversial moments.

The skilled, but bristly forward is best known for ending the career of Colorado Avalanche forward Steve Moore when Bertuzzi sucker punched him from behind and then toppled onto his back and spine. The brutal attack earned Bertuzzi a lengthy suspension and ultimately got him traded from the Vancouver Canucks in a blockbuster deal that saw the Canucks acquire Roberto Luongo from the Florida Panthers. Bertuzzi would go on to continue his NHL career, most notably with the Detroit Red Wings, but he was never really the same following his attack on Moore.