A monster update for the Blackhawks. 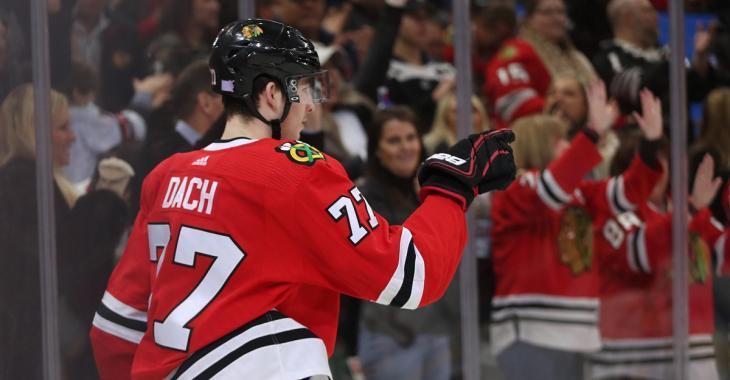 The Chicago Blackhawks have just received some of their best news of the season.

According to a breaking news report from Blackhawks insider Mark Lazerus, Blackhawks forward Kirby Dach will be making his long awaited return to the lineup this evening after being activated off of injured reserve and injected into the lineup. Dach has been out for the last three months following a very serious injury, a broken wrist, one that many expected could keep him out even longer given how important your wrist is to your ability to play the sport of hockey.

In spite of those concerns Dach has now made a very speedy recovery and is officially in the lineup tonight, a huge relief no doubt to the Blackhawks and their fans who have been desperate for some help up the middle of the ice.

The news will come as somewhat less of a surprise to those who have paid attention to the Blackhawks practices as of late, Dach was taking repetitions with the first power play unit earlier today which had many whispering about an imminent return.

Roslovic demands a trade, won't report to Jets training camp
Subscibe to
Our NEWSLETTER
Receive the best articles of the web directly in your email