Big news for the Bruins. 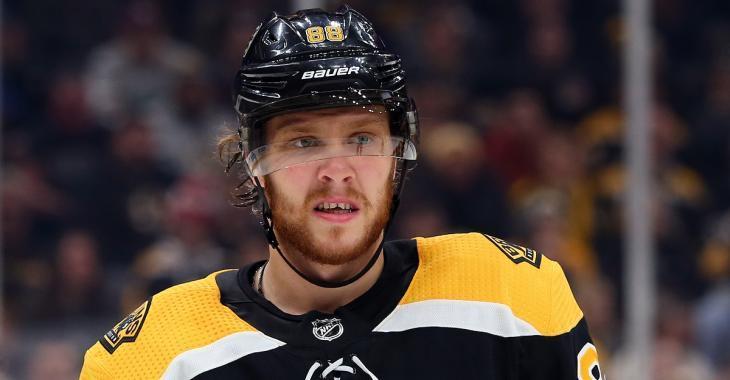 The Boston Bruins have what will no doubt be one of the most emotional games of their season on the calendar this evening, but what was already going to be an incredibly anticipated matchup has ramped up considerably over the course of the day.

The latest comes courtesy of Boston Bruins beat reporter Fluto Shinzawa who confirmed on Saturday that injured Bruins forward David Pastrnak has been activated back onto the Bruins roster and will make his season debut tonight against the Washington Capitals.

The Bruins knew full well that Pastrnak would be unavailable to start the 2021 regular season when it was announced all the way back in October of 2020 that the 24 year old Czech forward would need surgery to correct a hip issue. At the time the announcement was made Pastrnak was expected to miss a whopping 5 months as a result of the surgery so this timeline would actually indicate that his recovery has been a good one. 5 months from the date of Pastrnak's procedure would have been the 16th of February, so we are talking about him being over 2 weeks ahead of schedule here.

Of course the matchup against the Capitals was already going to be a good one with the Bruins facing off against former captain Zdeno Chara for the first time since his departure from the team, but the return of Pastrnak has added an extra layer of excitement for fans in Boston.

Pastrnak however will not be the only player making a return from inactivity this evening, with all signs pointing to the fact that Washington Capitals captain Alexander Ovechkin will also be in the lineup this evening after he was removed from the National Hockey League's covid-19 list and was cleared to play earlier this morning.

Ovechkin, along with some of his teammates including Dmitry Orlov who was also back on the ifce today, was involved in some controversy last week when it was revealed that he and his teammates had violated the league's covid protocols. When asked today if he had agreed with the league's decision following the incident Ovechkin largely declined to comment simply stating that "rules are rules."

Should be a great matchup this evening.

Flashback: Newly acquired Jakub Vrana scores four goals vs. Stars (VIDEO)
Subscibe to
Our NEWSLETTER
Receive the best articles of the web directly in your email