This series needs to go ALL THE WAY! 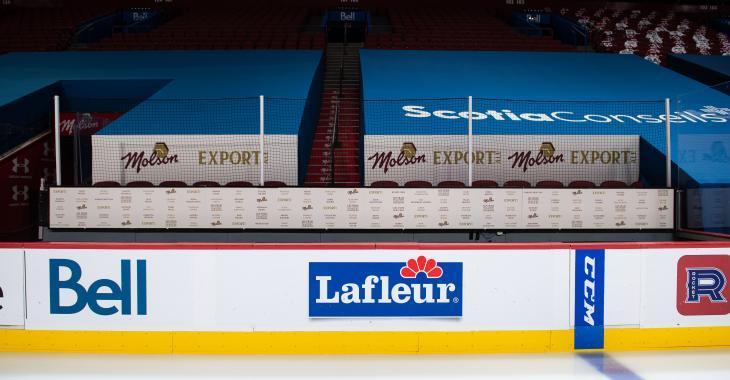 The Montreal Canadiens and Toronto Maple Leafs are battling in the postseason for the first time since 1979 and we get why fans and pundits want to see this series go all the way.

On Monday night, the only other Canadian series came to an end with the Winnipeg Jets sweeping the Edmonton Oilers, and there is no way any hockey fan is hoping to see the exciting series between the Habs and Leafs over after tonight.

The Canadiens’ management is doing everything in its power to support their players and found a great way to show their love by adding something new to the Bell Center, in order to compensate for the lack of supporters in the stands due to the pandemic. It is now possible for fans to support the team, with pride, as their names can be seen behind the players’ bench thanks to a revolutionary advertising space.

To thank their fanbase for always being behind the players and having their backs, Molson Export rewards the fans by allocating the advertising space behind the benches to get real fans behind the team and putting their names on large boards. It is with great pride that the name of HockeyFeed was behind the Habs’ players on Monday night for the third game for the series.

We love an underdog and we need this series to go all the way: it is way to exciting to end in five contests!

You gotta love what Molson Export is doing for the fans in Montreal. The beer brand is a longtime sponsor of the Canadiens and it’s great to see how incredible fans of the game they are as well. And they have done so since 1957!

Don’t forget to follow their new Instagram account here and keep an eye out for our webpage’s name as we cheer on the Canadiens in this fourth game of this exciting series.

Jagr is an even bigger legend after this hilarious translation from Instagram post is revealed!
Subscibe to
Our NEWSLETTER
Receive the best articles of the web directly in your email