A sad day for the hockey community. 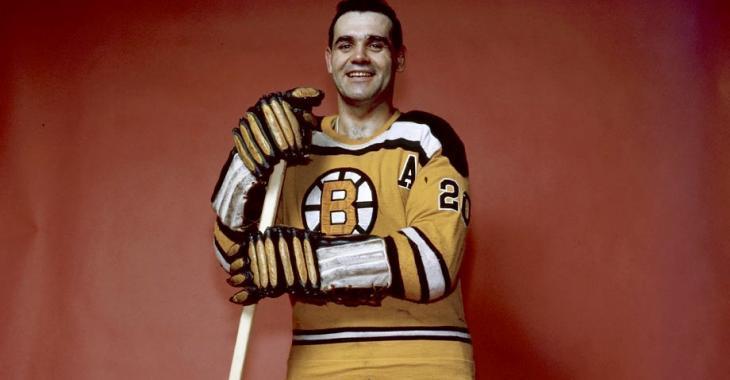 Unfortunately we have some sad news to bring you on this Saturday.

Hockey Hall of Famer Leo Boivin, who will be best remembered for his time as a member of the Boston Bruins, has passed away at the age of 89. The announcement was made by his nephew, Jason Wells, who took to social media earlier today to announce that his hockey playing uncle had died.

Boivin was inducted into the Hockey Hall of Fame in 1986 and it was no doubt his contributions to the Boston Bruins that earned him that honor. Not only did Boivin captain the storied franchise for several years during his NHL career but he also helped lead them to a pair of Stanley Cup Finals even prior to taking on that leadership role. Boivin even stuck around during what we would now call a rebuild, before the Bruins eventually traded him to the Detroit Red Wings where he would play briefly before finishing his career with the Pittsburgh Penguins and Minnesota North Stars.

Over the span of his career the defenseman appeared in 1150 NHL games and recorded 72 goals and 250 assists for 322 career points, while also adding a whopping 1192 penalty minutes to the stat sheet.

It was his physical brand of play that truly made him stand out however, with Boivin earning a reputation as one of the National Hockey League's most fearsome hitters during his career. That fact is made all the more incredible when we consider that at 5'7 in height and just 185 lbs in weight, most NHL teams today wouldn't even consider giving him a shot. In spite of that Boivin was a punishing hitter and even earning himself the moniker of "fireplug" which is pretty self explanatory.

His ability to punish his opposition made Boivin, a native of Prescott, Ontario very difficult to play against. Although I'm not sure if they ever crossed paths before turning pro, NHL legend Tim Horton ,who was from Ontario himself being a native of Cochrane, Ontario, once described Boivin as "the toughest blueliner to beat in a one-on-one situation." That would be high praise coming from any of your peers, but it is especially so when it comes from a fellow Hall of Fame inductee.

Of course our thoughts today are with the Boivin family, his friends and his loved ones. Our condolences go out to each and everyone of you.