An outstanding career comes to an end. 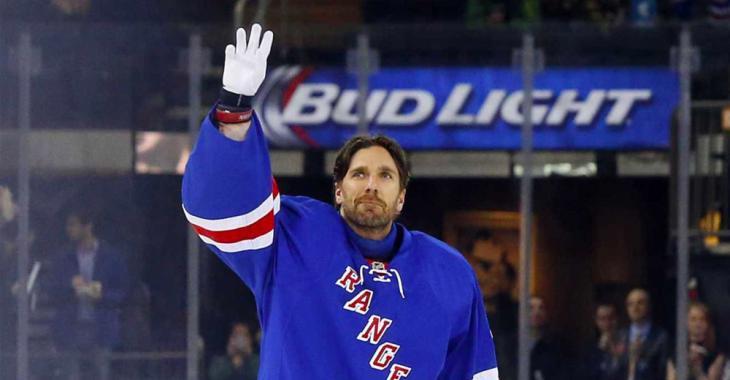 Longtime New York Rangers goaltender Henrik Lundqvist shocked the hockey world twice last offseason. Firstly when he announced he was signing with the rival Washington Capitals for the 2021 season and then secondly when he announced that he was withdrawing from the campaign due to a heart condition.

Just a month after having heart surgery, Lundqvist was back on the ice and training for an NHL return. However, today Lundqvist officially announced his retirement.

While it's disappointing, I'd be lying if I said this news surprised me. From the moment Lundqvist announced his heart condition, it always seemed like an NHL comeback was near impossible.

After an incredible 15 year career with the New York Rangers, Lundqvist signed a one year deal to chase a Stanley Cup championship with the Capitals last offseason. To put things bluntly, it was to be Lundqvist's "Ray Bourque season." One final push with a Staley Cup contender to cap off a Hall of Fame career. Unfortunately, things don't always work out that way. As a result Lundqvist finishes his illustrious career without a Stanley Cup championship. To me he's right up there with the likes of Roberto Luongo and Curtis Joseph as one of the best goaltenders to never win a Stanley Cup.

Lundqvist's illustrious career comes to an end after 887 career regular season games, all with the Rangers, and 64 playoff games. He put up a 2.43 goals against average and a .918 save percentage. He's a four time NHL All-Star, a Vezina Trophy winner an Olympic gold medalist and a Stanley Cup Finalist.

Rumor: Failed trade that led to Rutherford's resignation involved the Leafs & Habs.
Subscibe to
Our NEWSLETTER
Receive the best articles of the web directly in your email