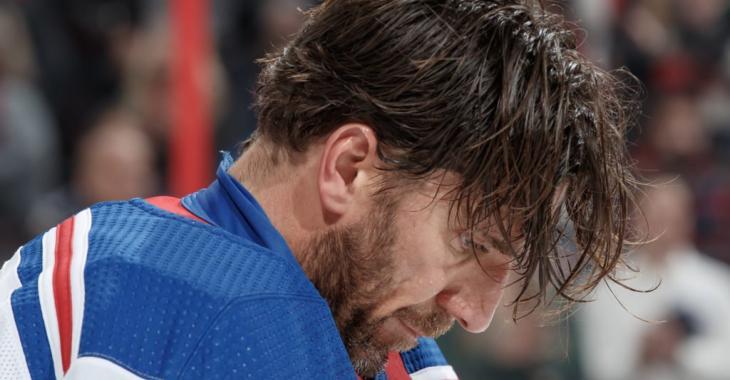 This is heartbreaking news… It was tough news when goaltender Henrik Lundqvist announced his retirement, but it is as tough to find out what led to this difficult decision.

It has been reported that The King’s situation worsened over the offseason and ended Lundqvist’s season before it began. Prior to his surgery, Lundqvist chose to have his faulty aortic valve replaced by one made of cow tissue, instead of a mechanical valve, to avoid going on blood thinners and therefore giving him a better chance of returning to the Washington Capitals, however now with his retirement in place, Hank will need to undergo another heart surgery in the future.

“I have to change it in the future,” Lundqvist  said to Goteborgs-Posten via  Forever Blueshirts. “We’ll see how extensive it will be. There’s progress, so we will see if the chest needs to be reopened or not.”

The sad thing is that during this same interview, The King revealed that he was only three days away from returning to the Capitals before a painful infection in his chest ended his comeback attempt.

“It was three days before I was going back to Washington that I found out that I had pericarditis,” Lundqvist said. “I was very close to coming back – it was very tough to go through that again, but this was a completely different thing – because it had nothing to do with the operation.”

“I got some kind of infection that attacked and sat around the heart in some way. It was quite painful,” Lundqvist said. “I was completely overwhelmed for five days, lying with chest pains and feeling sick. I’ve had a couple of setbacks this spring – and this was a reminder. I didn’t want to end up there again.”

As you probably agree, Lundqvist made the right call to think of his health and family and hang up the skates, but it is hard to hear that he will need to go under the knife again because he made the choice to focus on the NHL first.

Now, he needs to think of himself and loved ones. All the best to Hank.

Jake Evans laid out after a high hit from Gudbranson.
Subscibe to
Our NEWSLETTER
Receive the best articles of the web directly in your email