The king was not ready to step down from his throne. 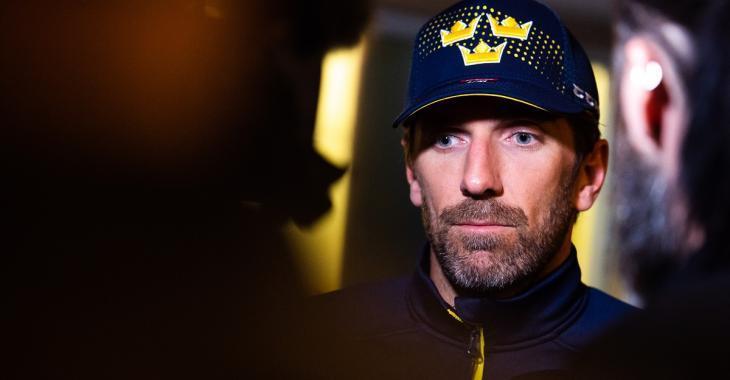 You would be hard pressed to think of a hockey player that better epitomizes the words class and grace than former National Hockey League star Henrik Lundqvist. The long time goaltender of the New York Rangers was not only a dominant force on the ice but has also been a dominant force in his community and has done both while maintaining his impeccable style.

It is perhaps because we admire Lundqvist so much that his recent struggles have been such a bitter pill to swallow, made even more true this week after Lundqvist himself made some heartbreaking comments during a Swedish language interview. Lundqvist was asked some questions about fellow Swede Zlatan Ibrahimovic, specifically in relation to the legendary soccer player's 40th birthday which just so happens to be today. One of the questions Lundqvist was asked to answer was regarding what kind of gift he would get the soccer star on this special occasion and while the answer from Lundqvist was certainly sweet, it also felt extremely sad.

"I wish for him to have the physical capability to quit when he wants and not when his body says no," said Lundqvist as per Swedish newspaper Aftonbladet.

While I have no doubt that Lundqvist's sentiment here is genuine, I can't help but think that his well wishes here are a reflection of his own struggles. There's no doubt in my mind that Lundqvist wishes the same were true of his own career in the NHL, and given the way his final moments in the NHL played out you can hardly blame the man.

The final days of Lundqvist's career began with a buyout of his contract from the Rangers, a franchise that he had been unquestionably loyal to for the entire span of his career in the league. That alone would likely not have been the way Lundqvist would have wanted things to end, but unfortunately it got even worse from there. The veteran goaltender attempted to give it another go as a goaltender for the Washington Capitals, but was instead effectively forced into retirement when doctors discovered an issue with his heart.

There is no word to use here other than heartbreaking, and I genuinely hope that Lundqvist can come to terms with the way things played out for him in the future.

The king was most certainly not ready to step down from his throne.

Thomas Greiss finally snaps after another ugly loss for the Red Wings.
Subscibe to
Our NEWSLETTER
Receive the best articles of the web directly in your email