NHL News : Heartbreaking words from the mother of Matiss Kivlenieks. 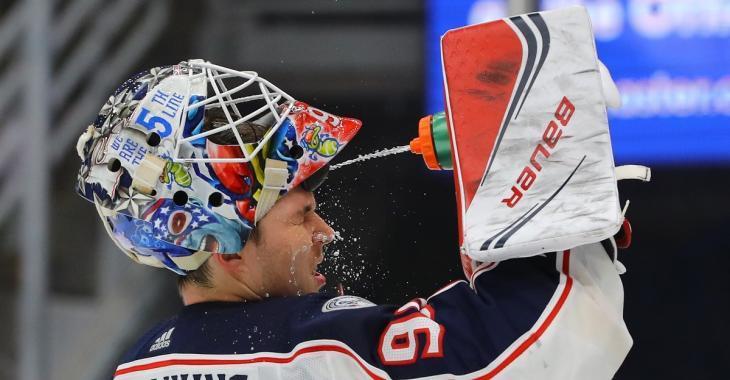 The passing of young goaltender Matiss Kivlenieks over Independence Day weekend was one of the saddest stories I've had to report on in a long time, not only because of Kivlenieks' passing but also because of the incredible journey he had undergone to reach the position he had attained in life.

The 24 year old Latvian had left home at just 17 years of age and had quite literally grinded his way up from low level junior all the way to the National Hockey League. Kivlenieks went overlooked and undrafted, but it was clear that he was set to take on the biggest role of his career this upcoming season. He had also recently had international success when he backstopped his home country of Latvia to a 2 - 0 shutout over Canada at the World Championship.

Over the weekend Kivlenieks' mother, Astrida Meldere, spoke to Blue Jackets insider Aaron Portzline and told him that her son had been determined to be an NHL level goaltender from a very young age.

The fact that Kivlenieks was driven comes as no surprise but to have that drive articulated in such a way by his mother makes the fact that he was taken far too soon even more gut wrenching. I can't imagine what the Kivlenieks' family is enduring at this time after losing such a promising young man, but I was glad to learn that as per usual the hockey community has responded beautifully in a tragedy such as this one.

According to Meldere herself, she has been overwhelmed by the outpouring of support from the community and expressed a great deal of gratitude to those sending her love and lifting her spirits in spite of what an awful time this has been for her.

"Many people are approaching and (I’m) extremely touched," she said. "I was not expecting this warm attitude from so many."

Please do keep sending that warm attitude her way.

Brad Marchand out of the lineup on Saturday.
Subscibe to
Our NEWSLETTER
Receive the best articles of the web directly in your email