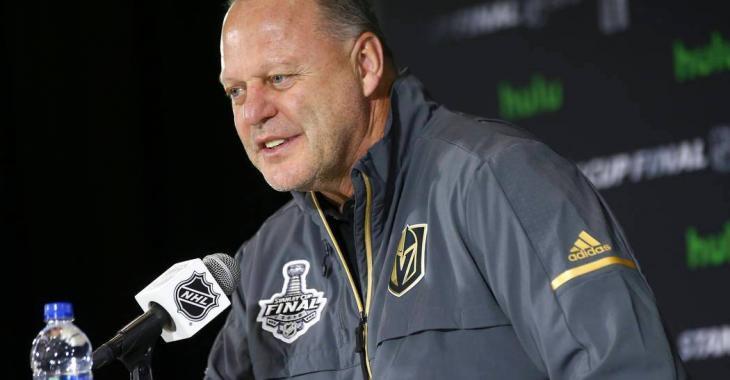 On Wednesday morning, TSN’s Pierre LeBrun reported that Gallant is expected to be named head coach of Team Canada for the next month’s 2021 IIHF World Championship.

Gallant will therefore be the one guiding Team Canada to their first gold medal at the event since 2016. The team lost to Sweden in the gold-medal game in both 2017 and 2019.

Ever since he was let go by the Vegas Golden Knights, who thanks to Gallant, made it all the way to the Stanley Cup final in their inaugural season, Gallant was looking for another shot behind an NHL bench. He was interviewed for the head coach’s job with the Washington Capitals that went to Peter Laviolette  in September despite Gallant being named the recipient of the Jack Adams Award in 2018.

The Seattle Kraken, the expansion team set to make its debut in 2021-22, is still looking for their first head coach in franchise’s history and Gallant’s name has come up in chatter more than once.

He gets a shot to show what he’s made of as Canada will open the 2021 Worlds on Friday, May 21 at Arena Riga against host Latvia. Canada will also face Italy, Finland, Germany, Kazakhstan, Norway and the United States in the preliminary round.

Gallant has a career record of 270-216-4-51 in 541 career NHL games behind the bench with the Columbus Blue Jackets, Florida Panthers and Golden Knights. On the international stage, Gallant served as assistant coach with Team Canada at the IIHF World Championship in 2007 and 2017, winning gold and silver.