According to Rick Westhead, two players were allegedly sexually abused by a coach and the organization did nothing! 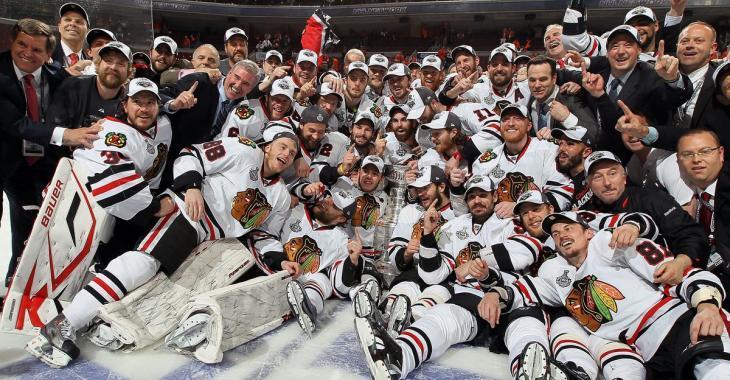 This is shocking news coming from reporter Rick Westhead of TSN, who revealed from a source on Thursday that “Chicago Blackhawks senior management allegedly refused to file a report to Chicago police during the 2010 Stanley Cup playoffs after two players claimed a video coach who worked with the franchise had sexually assaulted them, according to a person familiar with the matter."

This took place in May 2010, when the Hawks were about to be crowned Stanley Cup champions, when in meeting with then-Blackhawks president John McDonough, vice president of hockey operations Al MacIsaac, general manager Stan Bowman and team sports psychologist James Gary, when then-skills coach Paul Vincent revealed what the players had told him about being assaulted. Vincent asked the team executives to contact the sex crimes division of the Chicago police, the source said, adding that the request was denied.

As Westhead stated from the report: None of these members of Blackhawks’ management were identified or referenced in a lawsuit filed last month in an Illinois court by an unnamed former Blackhawks player. The player alleged in the suit that the team ignored allegations that he and an unidentified teammate were sexually assaulted in separate incidents by video coach Brad Aldrich.

The names of the victims have not been revealed thanks to TSN’s policy of not reporting the names of alleged sexual abuse victims without their permission.

Alrich, who does not work for the Blackhawks organization anymore, is said to have sent the player “inappropriate text messages” and threatened him “physically, financially and emotionally” if he “did not engage in sexual activity.”

Westhead added: Susan Loggans, a lawyer for the plaintiff, said in an interview with TSN that the person’s account is consistent with what she has been told by an unidentified independent witness in the case. Loggans said she plans to call the witness to testify about the Blackhawks’ alleged cover up of the abuse and said she may ask a judge for that testimony to happen behind closed doors if the case goes to trial.

Loggans also confirmed that her client has told her that he and another Blackhawks teammate were abused at Aldrich’s apartment in separate incidents during the 2009-10 season.

The players’ statement revealed even more disturbing events, that allegedly took place on May 16, 2010, before the opening game of the Western Conference finals between Chicago and San Jose.The players allegedly told Vincent that on separate occasions Aldrich had gotten them drunk in his apartment, watched pornography, and then tried to perform oral sex on them. After the players shared their stories with Vincent, the then-Blackhawks skills coach asked Gary, the team’s sports psychologist, to follow up with the players, the person said.

While Vincent demanded for a meeting with Blackhawks management on May 17, Gary allegedly convinced at least one of the former players “that the sexual assault was his fault, that he was culpable for what had happened, [and had] made mistakes during his encounter with the perpetrator and permitted the sexual assault to occur.”

During the meeting, Vincent requested that the team report the alleged assault to Chicago police and asked his colleagues, “What would you do if this had happened to your son?” the person said. Vincent’s request was rejected, the person said.

Aldrich remained with the Hawks through the entire postseason and celebrated with the Stanley Cup, the source said, before he left the Blackhawks. He started working for the Blackhawks in 2008, worked two season after he was an assistant coach at the University of Notre Dame. In February 2010, he also worked as a video coach for the U.S. Olympic Team during the Winter Games in Vancouver.

Westhead reveals that Aldrich worked as the director of hockey operations for the Miami University in Oxford, Ohio, before later joining a high school hockey team’s coaching staff in Houghton, Mich. In October 2013, he was charged and convicted of criminal sexual conduct related to a March 2013 incident involving one of the 17-year-old players he coached. That story is awful as well…

Aldrich, who is now 38, was sentenced in February 2014 to nine months in prison and five years of probation. He completed his probation period in 2019 and is now a registered sex offender in Michigan, court records show.

This is another great investigation and report by Westhead. The players’ identities remains anonymous, but the important thing is that people remember Brad Aldrich’s name and never allow him to ruin someone else’s life again.

We hope that people in the Hawks’ management who did not report him to police will forever regret their role in Alrich’s other assaults. Can't believe Bowman is still there...

Sheldon Keefe drops a terrible update on Jake Muzzin just hours ahead of Game 7.
Subscibe to
Our NEWSLETTER
Receive the best articles of the web directly in your email