​These are very serious accusations. 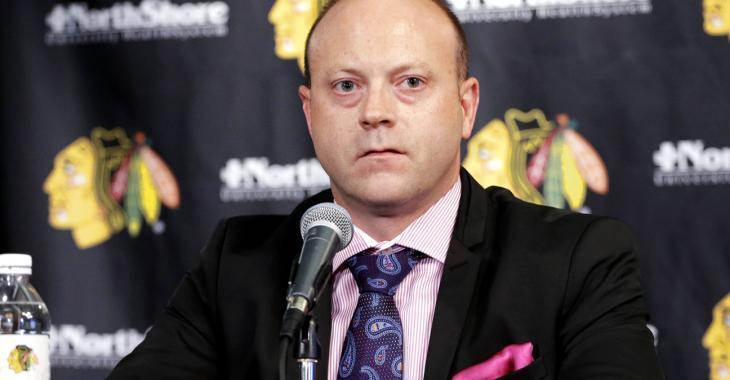 This has been talked about for weeks now and it sounds like it needs to be told again, and again, louder and louder.

Last week, TSN’s Rick Westhead reported that “Chicago Blackhawks senior management allegedly refused to file a report to Chicago police during the 2010 Stanley Cup playoffs after two players claimed a video coach who worked with the franchise had sexually assaulted them, according to a person familiar with the matter.”

Back in May 2010, when the Hawks were about to be crowned Stanley Cup champions, when in meeting with then-Blackhawks president John McDonough, vice president of hockey operations Al MacIsaac, GM Stan Bowman and team sports psychologist James Gary, when then-skills coach Paul Vincent revealed what the players had told him about being assaulted. Vincent asked the team executives to contact the sex crimes division of the Chicago police, the source told Westhead, adding that the request was denied. A lawsuit filed last month in an Illinois court by an unnamed former Blackhawks player, who states that the team ignored allegations that he and an unidentified teammate were sexually assaulted in separate incidents by video coach Brad Aldrich. Alrich, who does not work for the Hawks organization anymore, is said to have sent the player “inappropriate text messages” and threatened him “physically, financially and emotionally” if he “did not engage in sexual activity.” The players’ statement revealed even more disturbing events, that allegedly took place on May 16, 2010, before the opening game of the Western Conference finals between Chicago and the San Jose Sharks. The players allegedly told Vincent that on separate occasions Aldrich had gotten them drunk in his apartment, watched pornography, and then tried to perform oral sex on them. After the players shared their stories with Vincent, the then-Blackhawks skills coach asked Gary, the team’s sports psychologist, to follow up with the players, the person said. While Vincent demanded for a meeting with Blackhawks management on May 17, Gary allegedly convinced at least one of the former players “/that the sexual assault was his fault, that he was culpable for what had happened, [and had] made mistakes during his encounter with the perpetrator and permitted the sexual assault to occur.”/ During the meeting, Vincent requested that the team report the alleged assault to Chicago police and asked his colleagues, “What would you do if this had happened to your son?” the person said. Vincent’s request was rejected, the person said.

Former players have called our management, especially GM Bowman, who is still at the reigns of the franchise and Sportsnet’s Elliotte Friedman kicked off his 31 Thoughts column on Monday with a text on what’s happening and what took place within the organization and what needs to be done.

He believes Bowman will need to face the music and answer the tough questions!

“We are at a time in the hockey calendar when general managers are extremely visible. There’s the expansion draft, entry draft, trades and free agency. You’re in front of the camera an awful lot.
I don’t know how anyone can expect questions to Bowman to stick to hockey. I don’t think, “Sorry, I can’t comment — it’s a legal matter” is going to cut it. Until there’s some clarity, this isn’t going away.”

I have to agree with Friedman: Bowman will need to deal with these very serious accusations.