And other teams are getting in the mix! 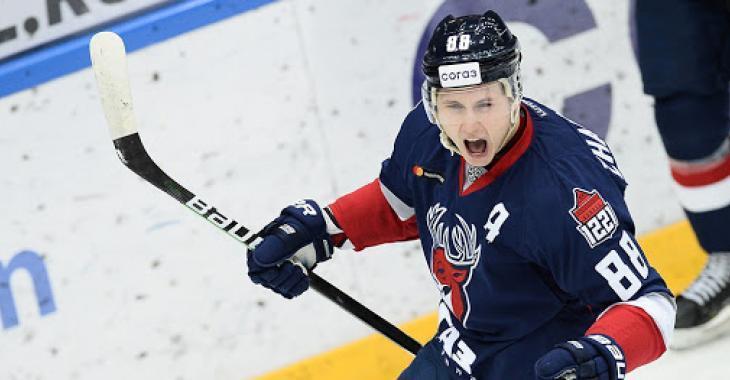 The Chicago Blackhawks and Detroit Red Wings are in tough competition off the ice as well.

According to Elliotte Friedman of Sportsnet, both teams are chasing right wing Damir Zhafyarov, who plays for the KHL’s Torpedo Nizhny Novgorod. The talented, yet older prospect has reportedly offers from both teams on the table, but apparently more NHL teams are getting in the mix.

“There were reports out of Russia last week about Chicago and Detroit chasing soon-to-be 27-year-old right winger Damir Zhafyarov from KHL Torpedo Nizhny Novgorod. They might be the most aggressive, but aren’t the only ones. He’s third in league scoring, with 59 points in 56 games.”

Zhafyarov turns 27 in March, but has been one of the KHL’s most dynamic players this season. And the interest to land him in America is rapidly growing. The Hawks and Wings might have to review their previous offer.

According to the Sports-Express, Zhafyarov’s contract with Torpedo expires on April 30, which is the end of the 2020-21 season, meaning Zhafyarov would be eligible to come to the NHL next season.

But the question for now remains where?

Here are a few highlights from Zhafyarov’s time in Russia. You might want him on your team after seeing this:

Marc Bergevin halts his own press conference to deliver an emotional message.
Subscibe to
Our NEWSLETTER
Receive the best articles of the web directly in your email