Habs send two regulars down to the AHL. 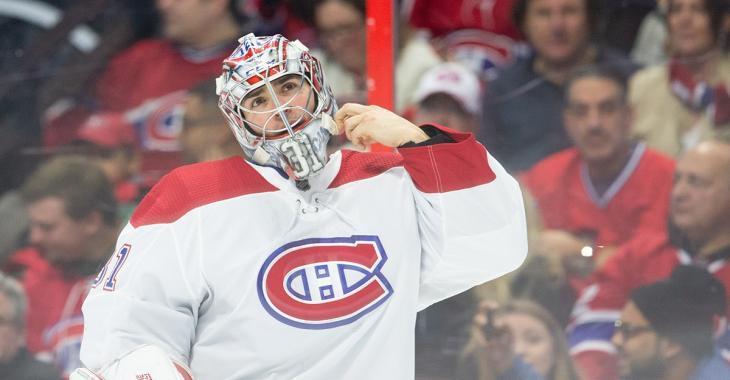 The Montreal Canadiens have made a very curious move, one that has raised more than a few eyebrows among their very passionate fan base.

On Sunday the Habs announced that they would be sending both goaltender Carey Price and forward Brendan Gallagher down to the American Hockey League where they are expected to play this week. Specifically, Price and Gallagher are expected to join the Laval Rocket on Monday for their final game of the season in the AHL, although this is by no means a demotion for either player.

Instead the Habs have announced that both moves are part of a conditioning loan, one that is clearly designed to help both player and goaltender get back up to speed as they head into the first round of their Stanley Cup Playoff clash with the Toronto Maple Leafs.

There's little doubt that Carey Price will be the Canadiens starter in this series and there's even less doubt that Price will need to be outstanding against the high powered Maple Leafs offense that features the likes of Auston Matthews, Mitch Marner and of course captain John Tavares. That being said Price has been out of the lineup for roughly a month now, not having played since the 19th of April where he played 20 minutes against the Edmonton Oilers in what was his final game of the regular season.

The situation for Gallagher is arguably even more of a concern as he has also been out of the lineup for an extended period of time, however in his case it has been well over a month. Although Gallagher's role within the team is not as important as the one filled by the Habs' star goaltender, it remains the case that Gallagher has not played since the 5th of April during a game that was also against the Edmonton Oilers.

The Canadiens are clearly hoping that this conditioning stint will help both men get up to game speed ahead of the playoffs, although it has to be noted that the AHL is nowhere near the same level of competition that the NHL provides.

Thankfully for the Canadiens the Laval Rocket are located just a few short minutes outside of Montreal, so it should be an easy transition for both players that are expected to see limited playing time tomorrow.

I will also add that I'm not sure I would take the risk. If either player ends up somehow being hurt on Monday this could quickly turn into a catastrophe for the Canadiens.

Rumor: Alain Vigneault appears to have benched the Flyers leading goal scorer.
Subscibe to
Our NEWSLETTER
Receive the best articles of the web directly in your email