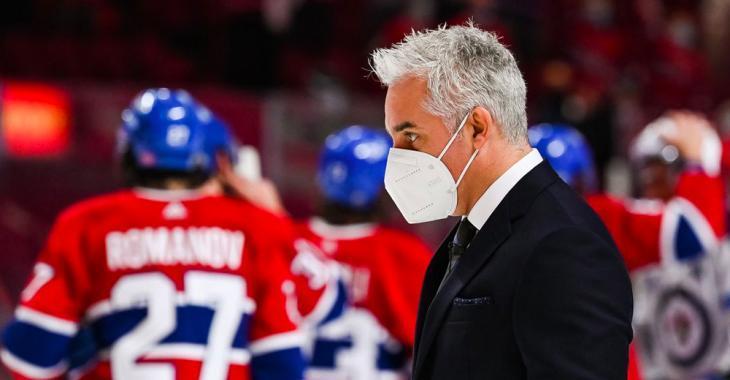 This just in, the Montreal Canadiens have officially promoted interim head coach Dominique Ducharme to the permanent head coach with a three year contract extension.

The 48 year old Ducharme was promoted to interim head coach after former head coach Claude Julien was dismissed by the team in February, 2021. Under Ducharme, the Habs went on the best run in franchise history since capturing a Stanley Cup championship in 1993 under legendary coach Jacques Demer. With Ducharme leading the Habs back to the Cup Final it was expected that he'd be back behind the bench in 2021-22 and today's news makes it official.

"Dominique has managed to set his system in place and establish himself as a head coach in a very unusual season with challenging circumstances. While our team has gone through its fair share of adversity, he has shown a lot of control over the situation as well as showing calm and great leadership. These are important qualities that we look for in a head coach and he fully deserves the chance to lead our team and take it to the next level", said Habs general manager Marc Bergevin in a prepared statement on the team's official website.

Ducharme joined the Canadiens as an assistant coach under Julien in 2018 after a successful decade of coaching in the QMJHL. Ducharme won the President Cup and the Memorial Cup as head coach of the Nathan MacKinnon and Jonathan Drouin led Halifax Mooseheads in 2012-13 and was named Coach fo the Year for his efforts in the championship season. He also served as head coach for Team Canada during the 2017 World Juniors and 2018 World Juniors, winning a silver and a gold medal.

There's no denying that Ducharme is a coach with a strong pedigree and with a winning track record at every level. To me though, I don't see him as being all that different from his predecessor Claude Julien. Both coaches rely heavily on veteran players and are known to be tough on rookies and emerging players. With talented young players like Nick Suzuki, Jesperi Kotkaniemi and Cole Caufield all set to take the next step under Ducharme, it'll be interesting to see how things play out in La Belle Province.