NHL News : Habs lose both Price and Gallagher, add rookies to replace them

Lots of action around the Habs today. 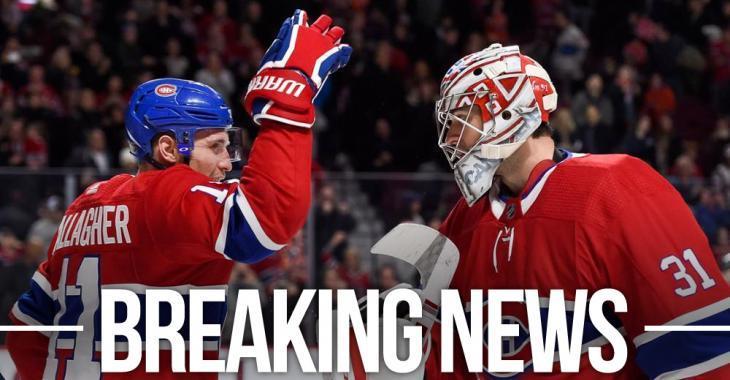 In case you missed it last night, Montreal Canadiens forward Brendan Gallagher left his team's game against the Edmonton Oilers and did not return. Following the game, the team announced that Gallgher will be out long-term with a broken finger.

Now it appears that superstar goalie Carey Price will be out of the team's lineup, as well.

The team called up AHL starter Cayden Primeau today after announcing that Price injured himself in last night's game as well.

And finally, the team announced the signing of 18 year old rookie Jan Mysak to help fill Gallagher's spot in the lineup.

Quite a bit of action surrounding the Habs today.