NHL News : Habs hint at their lineup for the start of the regular season.

The Canadiens could look like this to start the season. 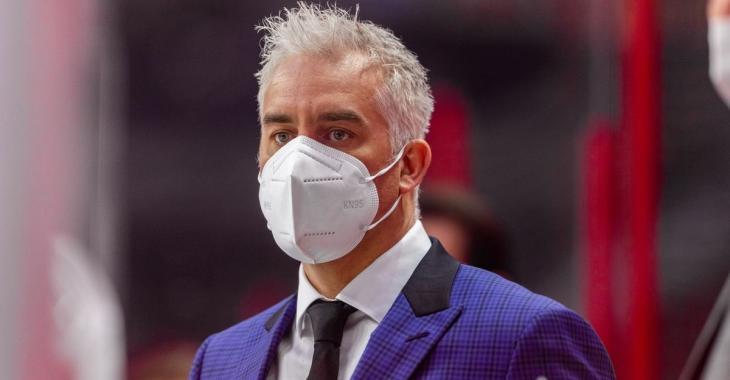 Of course everything is still subject to change prior to things being officially locked in later today, but we are already getting a preview of what some of this seasons lineups will look like. On Monday morning the Montreal Canadiens hit the ice for their morning skate and it would appear as though their top 4 lines and their defensive pairings have been set for the start of the season.

Canadiens head coach Dominique Ducharme has now had a full camp to work with his squad, his first as the head coach of the team after taking over the role this past February when the Canadiens fired head coach Claude Julien. Here are the four lines that he was working with on Monday morning, just two days ahead of the season opener.

Although there are some interesting decisions here on the part of Ducharme, the big story coming into this season for the Canadiens will be about the players who are not in the lineup. The impact that the absence of defenseman Shea Weber and star goaltender Carey Price will have on this Canadiens roster can not be overstated and as a result the players who remain will have a tough challenge ahead of them to start the regular season.

It's worth noting here as well that veteran goaltender Jake Allen was extremely limited in practice on Monday, perhaps the first example of how much Price's absence could impact the team moving forward. I suspect that the Canadiens are looking to limit the workload that Allen will have to deal with over the next several weeks with Price entering the NHL and NHLPA's player assistance program, especially since there is still no clear return date for Price on the horizon. This means that Allen will take on a big workload during the weeks and possibly months of Price's absence, and it makes sense that the Canadiens are already looking to limit the amount of work Allen will be doing outside of games.

New enticing offer on the table for Taylor Hall!

Rob Gronkowski practices as NHL goalie!
Subscibe to
Our NEWSLETTER
Receive the best articles of the web directly in your email