NHL News : Habs have plan B if Kraken had taken Carey Price! 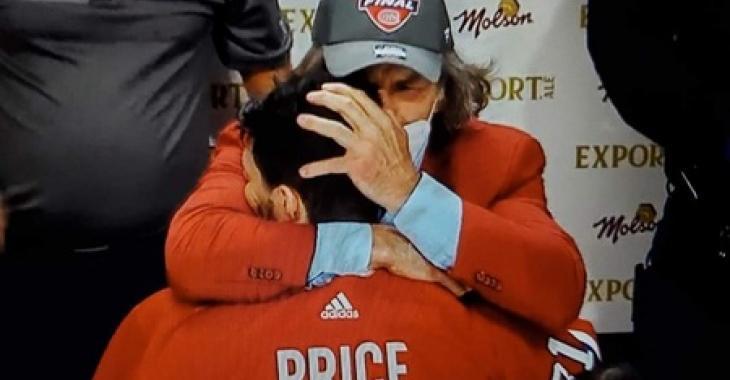 It took time to shake off the fact that the Seattle Kraken could have selected star goalie Carey Price from the Montreal Canadiens at the expansion draft on Wednesday.

Price has been left unprotected for the draft as he looked to protect his teammate Jake Allen from the expansion draft and the Kraken’s hands.

When the time came for Kraken GM Ron Francis to make his Montreal selection, he decided to go with defenseman Cale Fleury instead.

On Thursday, Habs general manager Marc Bergevin explained how he dealt with the anxiety of possibly losing his talented goalie and even stated that the team has put together a Plan B if Price has been selected. This is how the GM explained it in his press conference on Thursday:

“For Carey, he came to see me, he had spoken to Jake Allen and we had lots of discussions. We took a gamble (by not protecting him), but we were pretty comfortable that we’d be keeping Carey in Montreal. And the fact that we kept him here, we’re really happy to have him.”

“We had other options, but once the conversation happened with Carey, we looked at that closely and took a calculated risk that paid off for the organization,” Bergevin said, adding that the asking price from the Kraken for a guarantee not to select one of their goalies was “exorbitant.”

“We had a Plan B, for sure,” Bergevin said. “But me and Carey talked a lot and we were confident he’d still be part of our organization. It’s like you put it in the past and don’t think about it. In the worst case, we had a Plan B, but the risk for us was really minimal.”

Price has spent his entire 15-year NHL career in Montreal after the Habs selected him fifth overall in 2005. And everyone in Montreal, fans and GM included, is glad to see him staying put.

Frederik Andersen sets his price in free agency, Leafs fans are in shock
Subscibe to
Our NEWSLETTER
Receive the best articles of the web directly in your email