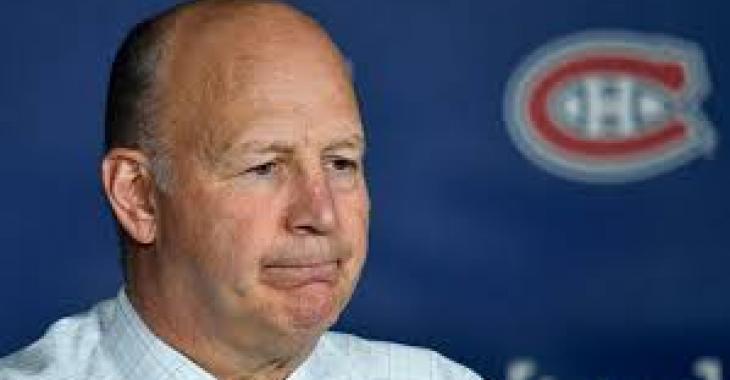 Assistant Kirk Muller is also fired in the process.

Alex Burrows has also added to the coaching staff.

"I would like to sincerely thank Claude and Kirk for their contributions to our team over the past five years during which we worked together. I have great respect for these two men whom I hold in high regard," said Bergevin. "In Dominique Ducharme, we see a very promising coach who will bring new life and new energy to our group. We feel that our team can achieve high standards and the time had come for a change. "

Marc Bergevin and Dominique Ducharme will address the media this afternoon when the team arrives in Winnipeg.

The Canadiens currently sit fourth in the All Canadian North Division with a 9-5-4 record. They lost in a shootout against the Ottawa Senators on Tuesday.

Julien was in the fifth year of his second stint as Candiens' head coach. He also coached the team from 2002-03 to 2005-06. In eight seasons with the Habs, he had a 201-175-10-50 record. Julien has coached 18 NHL seasons with the Canadiens, New Jersey Devils and Boston Bruins. He's 13th in career all-time NHL coaching victories.

As for Ducharme, he will get to tak with the players on their way to Winnipeg today. The Habs will play their first game under Ducharme on Thursday on the road against the Jets.

Maple Leafs have made a decision on goaltending situation!
Subscibe to
Our NEWSLETTER
Receive the best articles of the web directly in your email