There's nothing quite like a packed house in Montreal! 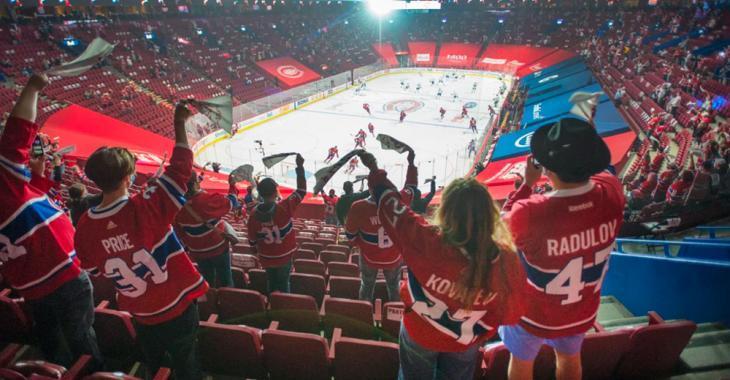 This just in, according to a report from TVA reporter Renaud Lavoie the Montreal Canadiens have been granted permission to fill Bell Centre to capacity for home games this season starting next week!

And in English courtesy of CBC:

This is obviously huge news for the Habs and their fanbase. Love them or hate them, there's nothing quite like a packed barn in Montreal. And while the Bell Centre will never replace the Montreal Forum, there's still an energy to the Montreal crowd that is unlike any other in sports.

I mean... just take this in for a moment:

Absolutely electric! If that doesn't get your fired up for some hockey then you just might not have a pulse.

To me though, it's just such a shame that the province wouldn't grant the team permission to have max capacity in the building during the team's run to the Stanley Cup Final this past Spring and Summer. As hockey fans we were absolutely robbed of one of the best atmospheres in all of sports due to government regulations. I'm not arguing that those regulations weren't necessary and appropriate however, I'm just bellyaching about the fact that I didn't get to see raucous crowds celebrate inside the arena along with the team.

With the Habs now getting the green light for full capacity at their games, the Vancouver Canucks remain the only team in the NHL with under capacity restrictions. Rogers Arena in Vancouver will be limited to just 50% capacity (Approximately 9,500 fans) to start the season. Of course, in all Canadian markets including Calgary, Edmonton, Winnipeg, Toronto, Ottawa, Montreal and Vancouver, full vaccination will be required for entry. Masks or face covering will also be required to attend all NHL games in Canada regardless of venue.