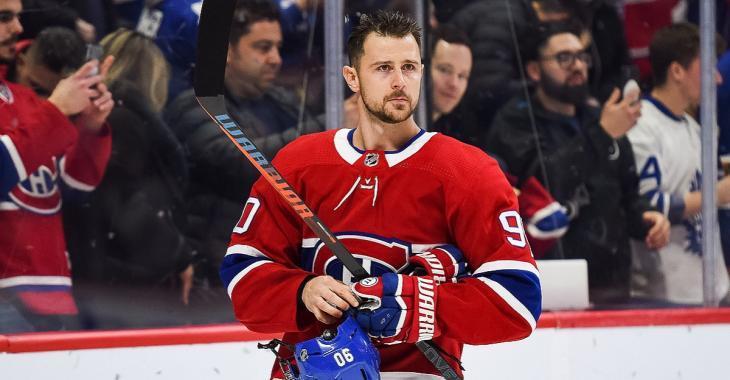 The Montreal Canadiens are staring elimination right in the face in Game 6 of their first round playoff series against the Toronto Maple Leafs and it is perhaps for this reason that Canadiens head coach Dominique Ducharme is making a last minute change to his lineup.

According to a report from Canadiens insider Renaud Lavoie of TVA Sports, veteran forward Tomas Tatar is out of the lineup this evening and will be what appears to be a healthy scratch. Stepping in for Tatar in this contest will be Canadiens forward Jake Evans.

The Maple Leafs have also made some late adjustments to their own lineup with the team officially confirming that game time decision Nick Foligno will in fact be a part of tonight's game. Foligno was limited during practice on Saturday and there were questions about whether or not he would be healthy enough to play, but his inclusion here would appear to have answered those questions. Foligno will be the team's third line center this evening with Alex Kerfoot being bumped up to center the second line.

Also being replaced this evening is defenseman Rasmus Sandin, but in this case head coach Sheldon Keefe made the announcement earlier today when he expressed disappointment in Sandin's Game 5 performance. Taking his place in the lineup will be defenseman Travis Dermott, a move that was also announced by Keefe earlier in the day.

Here is the full Leafs lineup:

And for the Habs:

Two Bruins are out for the remainder of the season.

Capitals face another issue with Evgeny Kuznetsov, could trade him away!
Subscibe to
Our NEWSLETTER
Receive the best articles of the web directly in your email