NHL News : Guerin gives Kaprizov an ultimatum, talks about “moving ahead” without his star sniper

It's hard to believe that negotiations have reached this point. 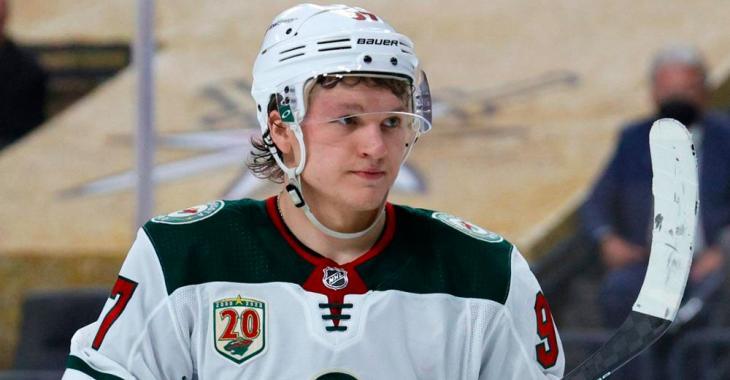 Negotiations between the team and reigning Calder Trophy winner Kirill Kaprizov have been contentious this offseason and with training camp on the schedule for next week it looks like things might finally be coming to a head. Wild GM Bill Guerin didn't exactly hide his disappointment when asked about Kaprizov earlier this week and made a particular point in saying that once training camp starts, the team will turn its focus elsewhere. In other words, if you're not going to be part of this team we'll move on without you.

"I'm disappointed that we don't have him signed, but we are not the only team in this situation. Training camp starts next week. And when that starts, we're gonna focus on the guys we have there. This happens all the time, but we'll just move ahead."

If I'm a Wild fan right now this report makes me INCREDIBLY nervous. Here's a franchise that has been desperate for a gamebreaker ever since Marian Gaborik left town and Kaprizov has all the makings of being that gamebreaker. More than that though, what he showed in his first year as an NHL player has people calling him the best player in Wild history. If they lose him after just one season it would be absolutely devastating.

At this point though, what can the Wild realistically do? They have reportedly given Kaprizov several contract offers of varying length and value. It's worth noting at this point that Russo is reporting that the team is very hesitant to go less than five years on a new deal for Kaprizov. And after just how contentious negotiations have gotten can you blame them? Why sign the guy to a two or three year deal only to have to go through this entire scenario again in just a short while? The kicker is that Kaprizov is reportedly seeking $9+ million per season even on a short-term deal. It sounds to me like this is a case of a player who wants both term and money, the problem is he only has one season of NHL experience under his belt. In a perfect world he'd re-up for one or two seasons at a significant pay bump and then earn his giant contract once he's proven himself a little more.

Zach Parise practices in Isles’ uniform despite no official contract!
Subscibe to
Our NEWSLETTER
Receive the best articles of the web directly in your email