NHL News : Grzelcyk appears to twist his knee, leaves the game and does not return

An ugly looking injury to the Bruins defender. 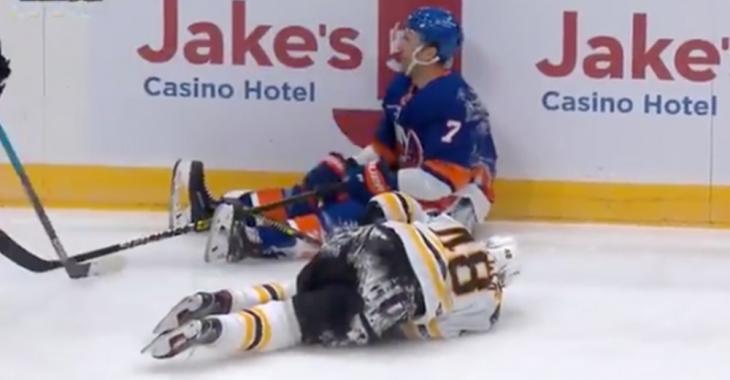 The New York Islanders have just posted their second shutout of the young season, besting the Boston Bruins 1-0 earlier this evening. That's two blank sheets for Islanders goaltender Semyon Varlamov who must be feeling pretty good about his game these days.

Unfortunately for the Bruins though, an injury to defender Matt Grzelcyk added an additional insult to injury. Grzelcyk got tangled up with Isles forward Jordan Eberle and appeared to twist his knee while going down hard. He left the game and did not return to action.

Bruins head coach Bruce Cassidy did not have an update on Grzelcyk's health following the contest.