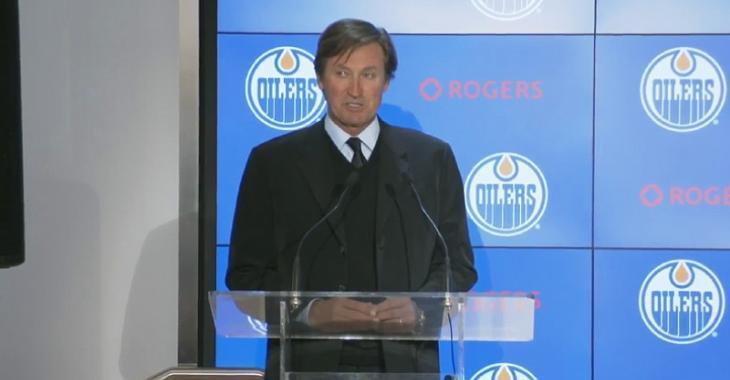 This sounds like another blow on the Edmonton Oilers. On Tuesday afternoon, moments after the team’s press conference was held with players following their postseason elimination, Wayne Gretzky has announced that he is stepping down as vice chairman of the franchise.

This is the Great One's statement:

With great appreciation, I wanted to let everyone know that I have decided to step away as Vice Chairman of the Edmonton Oilers effective today.

The Oilers, their fans, and the city of Edmonton have meant the world to me and my family for over four decades–and that will never end. Given the pandemic and other life changes, I realize I will not be able to dedicate the time nor effort needed to support this world-class organization.

I want to thank Daryl & Renee Katz, their family, and entire team for all the support and friendship these last several years, and wish them nothing but success.

On Monday night, the Oilers' season came to an end with a triple-overtime loss to the Winnipeg Jets, completing a four-game sweep. Jets forward Kyle Connor scored at 6:52 of triple overtime in Game 4 of the NHL North Division semifinal.

The Oilers, who were eliminated in the qualifying round by the Chicago Blackhawks last season, have won just one playoff series since reaching the Stanley Cup final in 2006.

According to David Pagnotta of The Fourth Period, more changes at the top of the Oilers Entertainment Group (OEG), which owns the Oilers and operates Rogers Place, are expected to take place in the near future.

This was Gretzky's his fourth season as Alternate Governor for the Edmonton Oilers, where he worked "with the OEG team on the commercial side of the business to attract world-class sports and entertainment partnerships and events to Rogers Place, as well as supporting development initiatives in ICE District."

Earlier this month, it was reported that ESPN had approached Gretzky about a broadcasting role, according to multiple sources. As you know, ESPN reached a seven-year television, streaming and media rights deal with the NHL in March, and is now looking to land big-name hockey personalities to its broadcasting team. It’s easy to understand how the league’s all-time leading scorer  fits the bill, however, the Great One has yet to give an answer to this offer, though ESPN hasn’t been given a “no.”

There is also Turner Sports who also agreed to  a seven-year deal with the NHL in April to make them, along with ESPN, the NHL’s national media rights partners in the United States. The Athletic revealed that Turner got Kenny Albert and Eddie Olczyk under contract as their lead broadcaster and analyst respectively for the network’s NHL coverage.

Charlie Coyle tallies in his return to the lineup (VIDEO)