The GM attempts to explain what happened, but fails miserably. 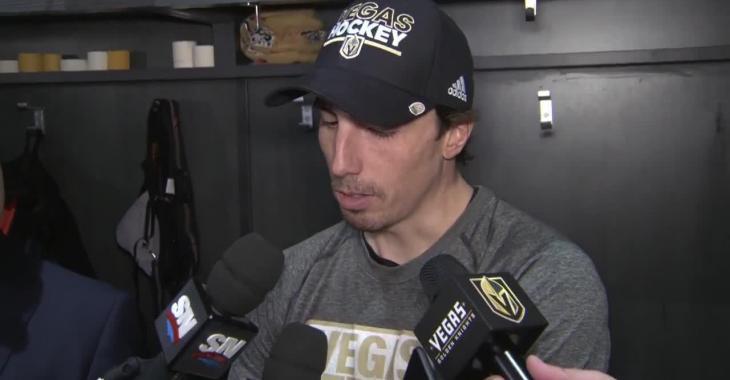 Marc-Andre Fleury was traded from Vegas to Chicago earlier today, which was quite a surprise for the NHL’s reigning Vezina Trophy-winning goaltender.

To make things worse and unfortunately for Flower, he found out he was traded on social media. The shock was so important that his agent, Allan Walsh, revealed that his client is now contemplating his future.

“Marc-Andre will be taking time to discuss his situation with his family and seriously evaluate his hockey future at this time.”

While Fleury did not have Chicago on his 10-team no-trade list, he had made it clear he didn’t want to play for any team other than Vegas.

Fans were outraged when they heard that the Golden Knights had not gotten in touch with Flower ahead of the trade as he found out on Twitter. General manager Kelly McCrimmon gave an opening statement when meeting with media members to explain what happened.

The general manager explained how conversations with Fleury began at exit meetings June 29. They weren’t sure what they would do next season and McCrimmon told Fleury he wanted him to be fully aware of any discussions and that if Fleury heard anything, he was free to call him.

The statement he made afterwards, that communication between he and the goalie throughout the process was good, is hard to believe with what took place this morning.

You have to admit, this is a tough way to go out for a guy that became the face of the franchise in 2017 on expansion draft day and got them in the postseason on more than one occasions.

I ache for Flower…