Two sides to every story. 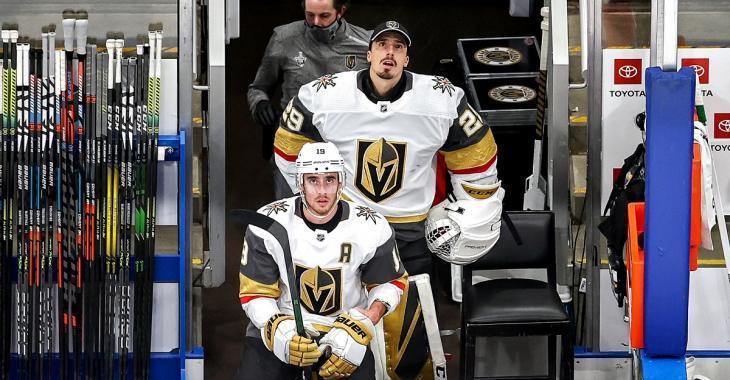 The Las Vegas Golden Knights faced a ton of backlash over the summer when they made the highly controversial decision to trade franchise goaltender Marc Andre Fleury to the Chicago Blackhawks. It marked one of the first times the franchise had been at the center of a major controversy, but some of the elements that made the move so controversial may have been based off of what was incomplete information at the time.

By now anyone who has any interest in this story has heard that Fleury was not notified by the team of the trade, and instead learned of the fact that he had been traded to the Blackhawks through social media. News of this got out very quickly thanks to his agent, Allan Walsh, who took to social media to make it known to the general public that his client had been mistreated by the team.

Interesting enough when telling his side of the story Las Vegas Golden Knights President of Hockey Operations George McPhee did not deny that things had in fact transpired as Walsh had described them at the time. Mcphee, who spoke with David Schoen of the Las Vegas Review Journal on the topic, instead revealed new information that he feels justified the team acting in such a manner.

According to McPhee the decision not to notify Fleury of the move to Chicago was due to the fact that the aforementioned Allan Walsh was actively working behind the scenes to "sabotage the trade," by telling teams the Golden Knights were trying to make a deal with that Fleury would retire if traded. This rather understandably caused the Golden Knights to cut off communication with Fleury's camp, leaving him in the dark when the trade finally materialized.

The friction between Fleury's management and the Golden Knights won't come as a shock to those who have followed the franchise's short history. It was not so long ago that the very same Allan Walsh ruffled a few feathers with a now infamous photograph of Fleury.

At the end of the day, the Golden Knights appear to be very comfortable with how they handled the situation. Based on what McPhee had to say on the matter there's no doubt in my mind that they have already moved forward with a clear conscience when it comes to this particular matter.

Who you choose to believe is up to you.

Dougie Hamilton turns down $50 million offer!
Subscibe to
Our NEWSLETTER
Receive the best articles of the web directly in your email