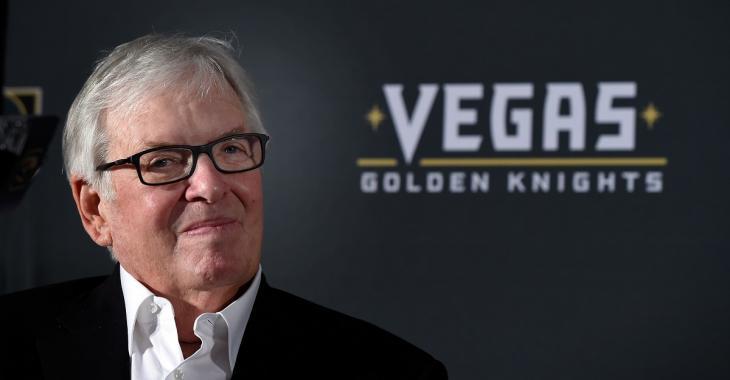 The Las Vegas Golden Knights are hopeful that they will have a secret weapon to use in the upcoming Stanley Cup Playoffs, one that team owner Bill Foley recently admitted could end up being a competitive advantage for the franchise.

It has been over a year now since the sport of hockey has been forced to change drastically as a result of the ongoing pandemic caused by COVID-19 and perhaps the most drastic and glaring change of them all has been the largely empty arenas that we have watched night in and night out since the league was forced to retreat into a bubble for the 2020 Stanley Cup Playoffs. There's no question that it has had a major impact on the sport, the league's finances have suffered tremendously and I would argue that it has also caused hockey to suffer as an entertainment product as well, but slowly over the last few weeks and months we have seen the first signs of a return to normalcy.

That is exactly what the Golden Knights will be banking on when they get underway in the 2021 Stanley Cup playoffs and this weekly Bill Foley hinted at the fact that things could come very close to being back to normal sooner rather than later. During an interview with The Athletic's Pierre LeBrun, the Golden Knights owner expressed hope that he will have fans back at a 50% capacity for their home games this month and even went on to express hope that they could have fans back at a 100% capacity come the month of June assuming that local health authorities give them the green light to do so.

This of course would mean that the Golden Knights would have a jam packed building of roaring fans for their home games in the playoffs, assuming they remain in contention at that stage of the tournament, and Foley believes that could legitimately give them an edge over their competition.

"That's our goal," Foley said as per LeBrun. "That’s our competitive advantage, our fans. They are rabid."

Home ice advantage has always been a large factor in the sport of hockey, and with a full crowd of roaring fans for what could be the first time in a very long time, the Golden Knights could have the extra edge come playoff time.

Steve Yzerman makes a bold move, hires former rival to join coaching staff
Subscibe to
Our NEWSLETTER
Receive the best articles of the web directly in your email