NHL News : Golden Knights lose Pacioretty and Stone to injuries in the first week of the season.

A horrible start to the season. 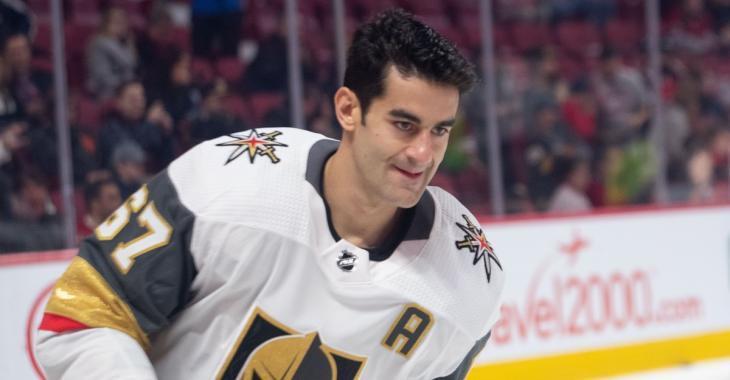 If the Golden Knights are hoping to have another successful season in the National Hockey League it will require the team overcoming some pretty significant early season obstacles.

The first sign of trouble came during the Golden Knights first loss of the season, a loss that came at the hands of the Los Angeles Kings on Thursday night. It was during the second period of that game, during a seemingly innocent looking play, that Golden Knights star forward Mark Stone suffered what looked very much like a serious injury. It's hard to tell from the replay exactly what went wrong here to cause the injury, but what you can tell very quickly is that Stone is in big trouble. The talented winger had to be helped back to the Golden Knights dressing room, and struggled to get down the tunnel even with that help.

We still don't know how long Stone will be out for, word is the Golden Knights are still awaiting the results of more tests which to me is never a good sign several days after the fact, and now we have even more bad news regarding the Golden Knights forward group. National Hockey League insider Elliotte Friedman is now reporting that forward Max Pacioretty also suffered an injury during the Golden Knights opening week of the season, and in the case of Pacioretty we know that he is going to be out for quite a while.

Friedman reports that the injury to Pacioretty also occurred during the 6 - 2 loss to the Kings, although he does not provide any details on the nature of that injury, but more importantly he reports that the expectation is now that Pacioretty will be out for a period of "approximately 6 weeks."

There is no way to overstate what a terrible blow this is to the Golden Knights, especially this early on in the regular season. Pacioretty and Stone are among the organization's most important players, at any position, and it looks like they could both be out for an extended period of time at this point.

No word yet on when we can expect something official regarding the timeline for Stone's absence.