The decision will be made public shortly it seems… 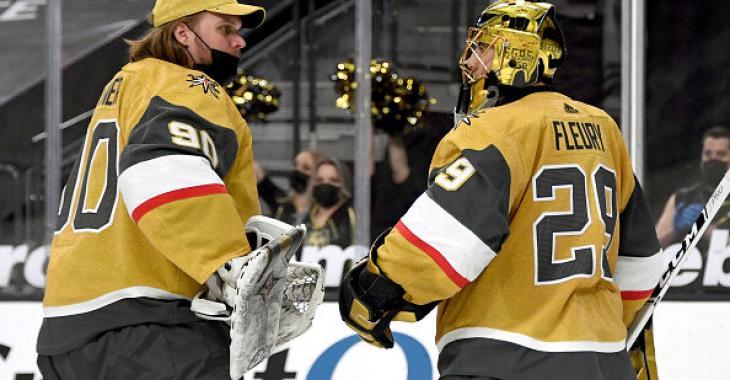 It sounds like history is repeating itself in Vegas. David Schoen of the Las Vegas Review-Journal has reported Golden Knights owner Bill Foley is set to meet with his club’s front office and pro scouting staff in the coming weeks to draw up their plan for the offseason.

And that plan is expected to include a tough decision: if the team will keep Marc-Andre Fleury and Robin Lehner.

We all know during last offseason how Foley advocated to retain Fleury and has expressed his wish for the veteran goalie to finish his career in Vegas. However, in the past days, trade chatter has gotten louder seeing that a Fleury trade would enable the Golden Knights to gain some salary-cap flexibility. Per Cap Friendly, Vegas has $75.4 million invested in 18 players, with $12 million tied up in their goaltending. Fleury carries an annual average value of $7 million, but he might be easier to move with a year left on his deal and coming off a Vezina Trophy win. He and 29-year-old Lehner also won the Jennings Trophy for fewest goals-against.

Lehner is under contract for four more years. Foley stated he likes both goaltenders but indicated they’ll have to see how things evolve in the coming weeks. That means a heartbreaking choice could be made and Flower might be the one crying in the end…

We all know how team owner Bill Foley has publicly stated he didn’t want Fleury traded and how Flower, who carries a 10-team no-trade clause, expressed his wish to retire in Las Vegas.

But things change, and people change their minds…

Fleury could change his, knowing how badly his former team, the Penguins, want him back in Pittsburgh. Mark Madden of the Pittsburgh Tribune-Review believes the Golden Knights could consider absorbing part of Fleury’s salary and that it shouldn’t cost the Penguins more than a third-round pick.

We will have to keep an eye on Foley’s comments in the coming weeks to get a better idea of the Knights’ offseason plan.