NHL News : Golden Knights doing everything they can to trade Pacioretty!

Vegas is hoping to fix its cap issues… drastically! 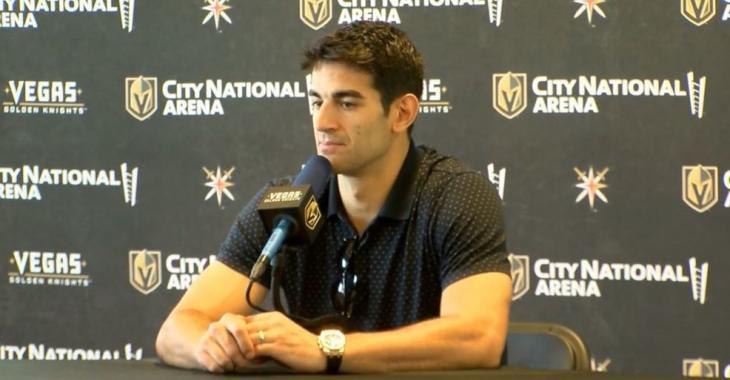 The Vegas Golden Knights have been crunching numbers and have realized they might have to crush the dreams of forward Max Pacioretty to respect the flattened salary cap.

The Golden Knights are struggling to get under the salary cap after signing top free agent Alex Pietrangelo to a seven-year deal, which carries an average annual value of $8.8 million. As of Tuesday night, the team is nearly $1 million over the league’s flattened salary cap of $81.5 million.

That’s why the Knights are reportedly working very hard at trying to trade Pacioretty. TSN senior hockey writer Frank Seravalli revealed on last night’s Insider Trading that the team is hoping to find a suitor for the veteran forward.

“I’m told the Golden Knights have doubled down in recent days and weeks in an attempt to try and move Pacioretty. He has three years left at $7 million a year coming off a 32-goal shortened season. You think back previously in this off-season, they were trying to move any number of players on their team to try and gain salary cap flexibility. There is no question the team is over the cap at this point, but they believe they can be cap compliant by opening night. Pacioretty would go a long way in terms of getting some of that flexibility and also enable them to potentially take a run at any number of the high-profile free agents that remain unsigned at this point, like a Mike Hoffman or an Erik Haula.”

Pacioretty led the Golden Knights in goals (32) and points (66) during the shortened 2019-20 season. While he would be an attractive trade target for many teams, the current financial situation makes it quite hard for any club to take on his heft contract.

The Golden Knights traded for Pacioretty in a blockbuster move with the Montreal Canadiens bak in September 2018, sending away top prospect Nick Suzuki, forward Tomas Tatar, and a second-round pick to the Habs.

Pacioretty might be traded again, but who knows what it will take this time to get him to move and for Vegas to become cap compliant.