The former Leafs and Vegas goaltender gets a second chance at the NHL. 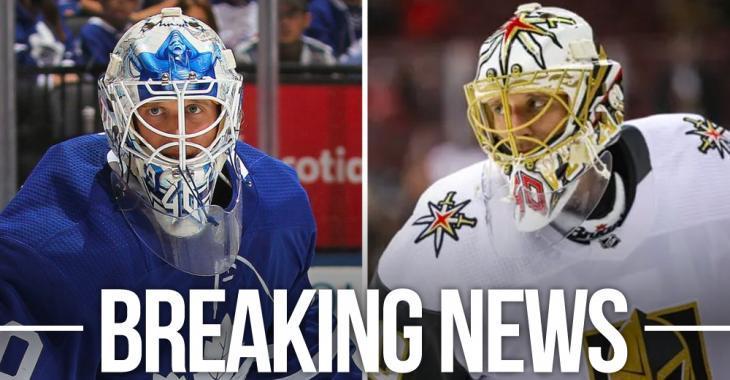 According to a report from Calgary Flames insider Ryan Pike, the Flames have inked goaltender Garret Sparks to a professional tryout (PTO) contract and will invite him to training camp next week.

The 27 year old Sparks spent last season mostly with the AHL's Chicago Wolves, putting up a 2.75 goals against average and .908 save percentage in 26 games. He played just a single game for the Vegas Golden Knights last season. Of course, he previously played with the Toronto Maple Leafs backing up Frederik Andersen, James Reimer and Jonathan Bernier before eventually moving on to the Golden Knights' organization.

With Jacob Markstrom and David Rittich firmly entrenched in the #1 and #2 spot for the Flames, it's difficult to see Sparks cracking the Flames main roster, but he'll have a good chance at competing with veteran Louis Domingue for the team's goaltending spot on the 2021 taxi squad.

Tony Deangelo waiver update.
Subscibe to
Our NEWSLETTER
Receive the best articles of the web directly in your email