The former NHL goalie and Olympic Gold medalist finds himself in hot water. 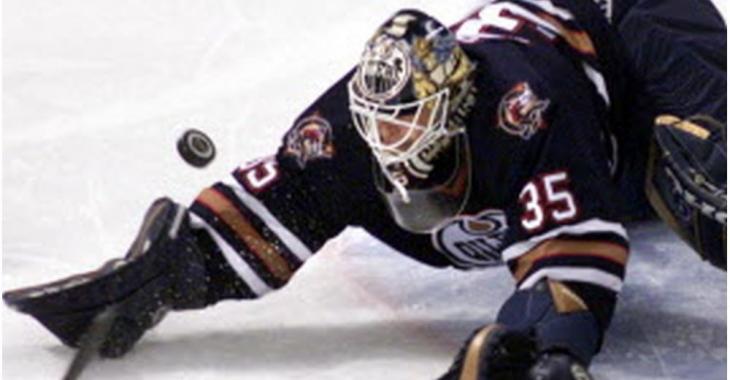 It’s funny to be talking how the Edmonton Oilers and their need for better goaltending as we learned breaking news from overseas that involved one of their former goalies.

Former NHL goalie and current general manager of the Leksands IF Tommy Salo has been convicted for aggravated drunk driving and sentenced to two months in prison.

That’s because on August 11, 2020, Salo crashed his car into the middle railing on the E18 highway, east of Köping in Sweden. Police arrived to the scene and found Salo sleeping in his car. A blood sample showed that Salo was heavily intoxicated with 3,06 ‰ alcohol in his blood stream.

According to the Olympic Gold medalist’s lawyer, Salo is expected to appeal his conviction seeing that he has no previous criminal background.

However, according to several Swedish outlets, he told police during the interrogation that he drank a lot of alcohol for two days and that he stopped while driving several times by the roadside to take “shots”. While he denied it in court, he mentioned that he made the decision to stop drinking back in October.

There is no doubt that Salo played a great career as a goalkeeper and won Olympic gold in 1994 and World Championships in 1998 with the Swedish team.

In the NHL, he played for ten seasons and wore the colours of the New York Islanders, Oilers and Colorado Avalanche.

The sad thing is that Salo is best remembered for his mistake at the Salt Lake City Olympics in 2002. He surrendered a 20-metre goal from Belarus’ defenseman Vladimir Kopat. The long slap shot puck bounced off his mask and bounced off of his back and into the net. Sweden would not recover and Salo was made the scapegoat in one of the biggest upsets in international hockey history.

He retired back in 2007. And now is dealing with some drama.

More bad injury news for Leafs, will dress rookie Vehvilainen in goal tonight
Subscibe to
Our NEWSLETTER
Receive the best articles of the web directly in your email