NHL News : Goalie Binnington caught trying to hit Vegas players with his stick after they scored!

What was he thinking? 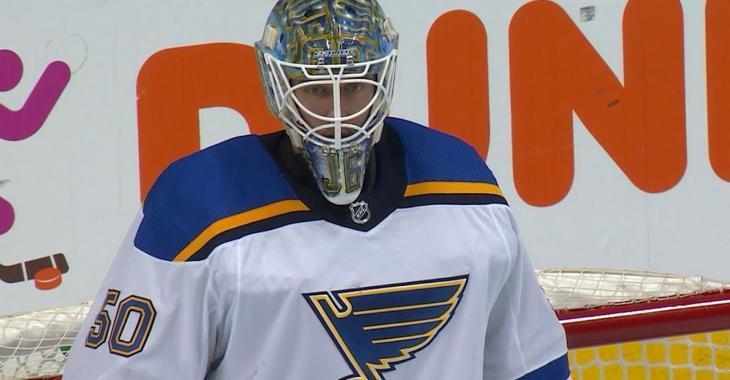 On Monday night, the Vegas Golden Knights faced off against the St. Louis Blues as this was a game rescheduled from Jan. 28. And the Knights were ready for it, crushing the Blues 5-1 for the win.

Despite signing a hefty six-year, $36 million contract extension, Blues goalie Jordan Binnington has been quite rattled this season, and it was no different last night. However, it looked like the netminder seriously had enough when the camera caught him reacting to another Vegas goal.

As he was getting lit up and the Golden Knights’ players were celebrated, we saw Binnington coming over to his opponents and appeared ready to swing his stick at them.

One official was there so nothing came out it, but you have to wonder what the heck he was thinking! Check it out:

We all know how Binnington has quite a temper. Earlier this season, he wanted a piece of every San Jose Sharks player, including goaltender Devon Dubnyk.