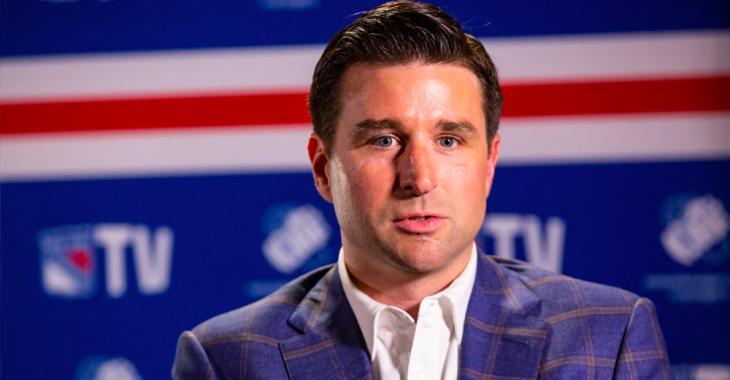 According to a report from NHL insider Frank Seravalli, the New York Rangers are closing in on a contract for recently acquired forward Barclay Goodrow and... well buckle up because it's a doozy.

Seravalli reports that rookie GM Chris Drury is set to hand Goodrow a 6-year deal worth $3.6 million per season.

Six years? $3.6 million is hefty but... I guess that's the price you pay to get some quality leadership in the bottom six forward group but... six years? Yikes. Goodrow is 28 years old and he's never scored more than eight goals and 24 points in a season. You're not exactly getting top dollar for production with this deal, but I could understand it if it was a two or three year term. But six years? BIG yikes.

Suffice it to say that the reaction from Rangers fans online has not been good.