What a week for the Head of Player Safety! 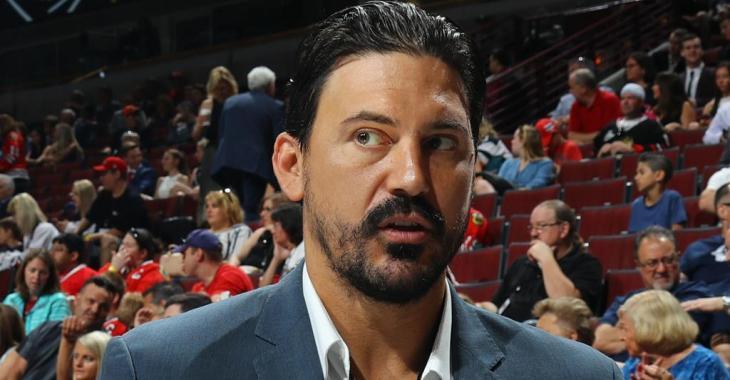 We can’t blame the guy…

It has been one heck of a busy week ever since Washington Capitals’ Tom Wilson was fined $5000 for punching New York Rangers forward Pavel Buchnevich in the back of the head as he was facedown on the ice, while also throwing star Artemi Panarin to the ice in the ensuing scrum. Fans were expecting much more from the Head of Player Safety George Parros, seeing that Wilson is a repeat offender, who was suspended for seven games in March for a hit that injured Boston Bruins defenseman Brandon Carlo. It was the fifth suspension of Wilson’s NHL career, the previous four coming in a 105-game span from 2017-18, which included a 20-game suspension for an illegal check to the head of Oskar Sundqvist of the St. Louis Blues back on Oct. 3, 2018, which was reduced to 14 games on an NHLPA appeal.

After the league’s (poor) decision to only fine Wilson, the Rangers called out the league and demanded it fired Parros, and, as you know, the NHL fined the Blue Shirts $250,000 for public comments criticizing Parros and the league’s department of player safety.

On Thursday, Parros finally opened up about the recent commotion created by his decision and explained how he comes to a decision and if Gary Bettman ever intervenes. ⁦

But then he said this: “I don’t want the job if the players don’t think I can do the job, and if the GMs don’t think I’m doing the job well.”

But if the Rangers think exactly that - you’re still going to stay, George?

The Rangers fired both their team president John Davidson and general manager Jeff Gorton on Wednesday so I can that doesn’t count?

Not sure what Parros meant with this, but we should keep an eye on if he returns for the 2021-22 season.