The NHL Commissioner has officially reacted to the news of Luke Prokop's coming out. 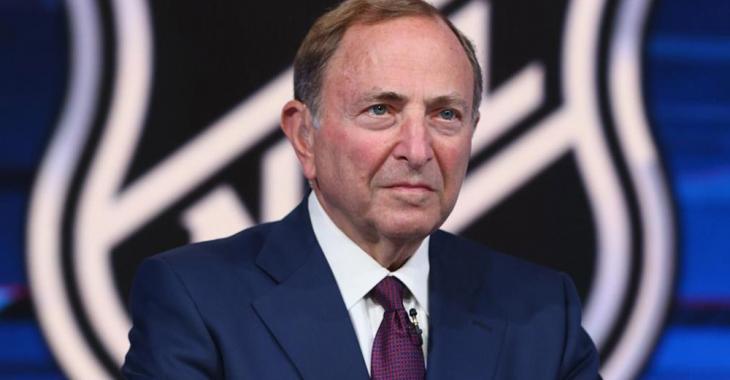 It's one of the biggest stories in the sports world right now, as Nashville Predators prospect Luke Prokop made the decision to come out earlier today.

Prokop, who was drafted third round (73rd overall) of the 2020 NHL Entry Draft by the Nashville Predators, has spent the first portion of his professional hockey career playing with the Calgary Hitmen. The Edmonton native becomes the first player under an NHL contract to come out.

"It has been quite the journey to get to this point in my life, but I could not be happier with my decision to come out," Prokop, 19, said in an Instagram post.

"From a young age I have dreamed of being an NHL player, and I believe that living my authentic life will allow me to bring my whole self to the rink and improve my chances of fulfilling my dreams," he added.

“On behalf of the National Hockey League, we are proud of Luke Prokop for today’s announcement and I would like to thank him for sharing his truth and for being so brave.

“I share his hope that these announcements can become more common in the hockey community. LGBTQ players, coaches, and staff can only perform at their absolute best if they live their lives as their full and true selves. We do not take the meaning and importance of this announcement lighty.

“We pledge to do everything possible to ensure that Luke’s experience is a welcoming and affirmative one and continue to work to ensure that any current or future NHL Player contemplating following in his trailblazing footsteps knows our League is ready to provide full support.”

Bettman has been joined in his open support of Prokop by several NHL clubs, who took to social media to also voice their support in his decision. Among the teams who have tweeted messages of support include the Carolina Hurricanes, who stated they're inspired by his courage:

Additionally, the San Jose Sharks, St. Louis Blues, and Washington Capitals have all tweeted their support:

Mikhail Grigorenko leaving the NHL.
Subscibe to
Our NEWSLETTER
Receive the best articles of the web directly in your email