NHL News : Gary Bettman hints at the fact that 2020-21 season start date will be pushed back

The NHL commissioner seems to be facing the facts… 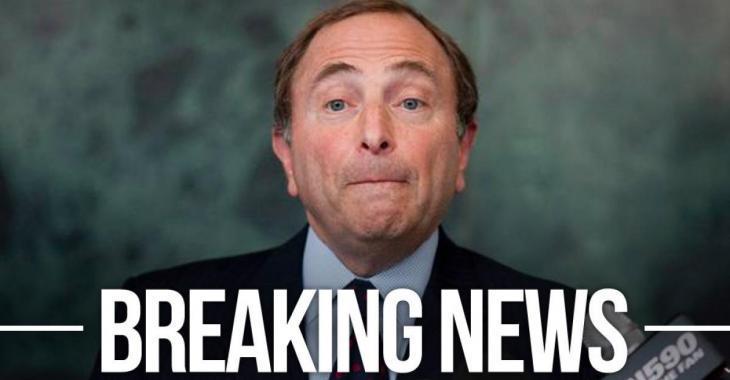 The focus still might be set on starting the 2020-21 season on January, 13th, however, it sounds like it might be harder and harder to finally all details on time to make that happen.

Even NHL commissioner Gary Bettman seems aware of that point, hinting at the he fact that 2020-21 season start date will be pushed back.

“We are focused on starting at some point hopefully in mid-January,” Commissioner Bettman said via video conference in a panel discussion on “Holding Domestic and International Competitions in the Modern Conditions of a Pandemic” at the World Hockey Forum in Moscow, per NHL.com

“… It is clear that we will not be playing an 82-game schedule for the regular season, which we normally do, but we’re going to try and play as many games as possible.”

If the deal isn’t reached by the end of the week, it sounds likely that the start date will indeed be delayed some more. Some many details need to be ironed out, and at the moment, the NHL’s focus has shifted to temporary realignment with a division made up of the seven teams based in Canada, division games only, and games in home arenas, hubs or a combination.

“Right now, we’re focused on whether or not we’re going to play in our buildings and do some limited traveling or play in a bubble, and that’s something we’re working on and getting medical advice on,” Commissioner Bettman said.

At least, the main focus remains on players and staff’s health and respecting all guidelines to ensure the welfare of everyone involved.

“The biggest challenge is making sure that our players and supporting personnel are safe and healthy and making sure that we’re not doing anything that puts the communities in which we’re playing at risk either in terms of spreading COVID[-19] or taking medical resources, whether it’s testing or vaccinations.

“We understand what is vitally important to each community and to the health and welfare of each community, and we don’t want to do anything that would interfere with that. But everything that we’re doing and working on with the Players’ Association starts with keeping the players and the communities in which we play safe and healthy.”

So, stay realistic for now. The schedule could change and we might get hockey later on in January…

Golden Knights the biggest Stanley Cup semifinal favorite in over 30 years.
Subscibe to
Our NEWSLETTER
Receive the best articles of the web directly in your email