NHL News : Game 5 of the Stanley Cup Final in danger due to extreme weather conditions. 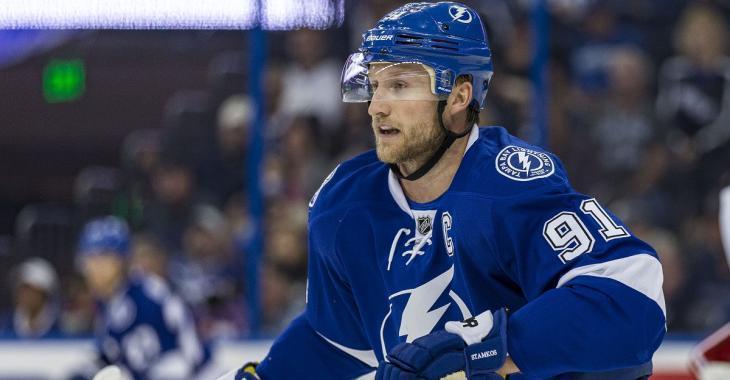 The National Hockey League has had to overcome some pretty outrageous hurdles over the course of the last two seasons just to get through each of those seasons, and now it would seem as though fate has thrown them yet another curveball.

The Tampa Bay Lightning will face the Montreal Canadiens on Monday in Game 4 of the Stanley Cup Final and in that game the Lightning will have the chance to end this series in what would be one of the most anticlimactic series in recent Stanley Cup Finals history. If the Lightning don't manage to complete the sweep however there are some questions about what will happen with Game 5 of this series, a game in which the Canadiens and Lightning are set to travel back to Tampa Bay.

According to current weather forecasts there is a belief that Hurricane Elsa could hit Tampa early next week, with Tuesday being the day that has apparently caused concern for the NHL. Tuesday would be the day that the Habs and Lightning would be set to travel to Tampa, travel that could be impacted by a hurricane hitting the area on that very same day.

Comments made by National Hockey League deputy commissioner Bill Daly on Saturday indicate that the league does have some type of contingency plan in place should things get serious, however he did not provide any hint as to what those contingencies might be or even whether or not they could including rescheduling the game entirely.

We will likely know more about the path of Elsa come Monday when the two teams will face off in Game 4, but we already know that the residents of Florida are taking this matter very seriously. On Saturday Florida Governor Ron DeSantis issued a state of emergency for 15 counties ahead of Elsa's predicted impact in those areas. The hurricane has already hammered parts of both Haiti and the Dominican Republic and is expected to move near Jamaica and Cuba before landing in Florida.

Of course none of could end up being a factor at all if the Lightning can manage to close out this series in 4 games with a win on in Montreal on Monday.